SDGs Office collaborates with NYSC on awareness campaign in Kano 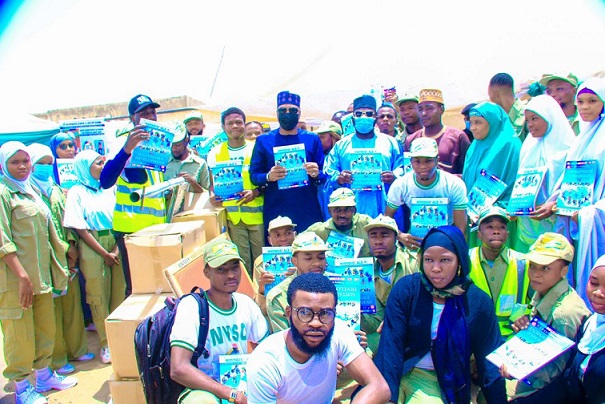 The Office of the Focal person on SDGs in collaboration with the NYSC SDGs CDS Group held an awareness campaign on the role and importance of achieving the SDGs, which underscored the importance participation of individuals at all levels.

The Sustainable Development Goals office in collaboration with National Youth Service Corps (NYSC) on Thursday embarked on sensitization campaign on the role and importance of achieving the SDGs, that underscored the participation of individuals at all levels.

The Special Adviser to Kano State Governor and Focal Person on SDGs, Habib Yahaya Hotoro said the collaboration would be sustained so as to ensure attainment of the goals from the grass root.

Habib Hotoro stated this at a meeting with the NYSC SDGs CDS Group at Tarauni local government area of Kano State.

Stallion Times reports that the meeting was attended by relevant stakeholders, including the Chairman of Tarauni LGA, and representatives of the traditional rulers in the local government area,

Habib Yahaya Hotoro emphasized the need to domesticate and cascade the SDGs at local levels and in line with SDG 17 (partnerships for the goals).

‘’As one of the key elements in achieving the SDGs by 2030 is awareness and collaboration with various tiers of governments at all levels, the Office of the SDGs in Kano intends to continue this very important collaboration with the NYSC SDGs Group,’’ said the Special Adviser.

‘’This is in order to carry out similar projects in all the 44 local govts in Kano state, with the primary aim of ensuring awareness, inclusivity and maximum participation of all in achieving Agenda 2030.’’

The Office of the Focal person on SDGs later distributed 2,000 SDGs Textbooks, Sign post and Face Mask to Unguwar Uku primary school, Tarauni LGA, promising to replicate the initiative across other local governments in the state.