Anambra 2021: Only the Best Is Good Enough 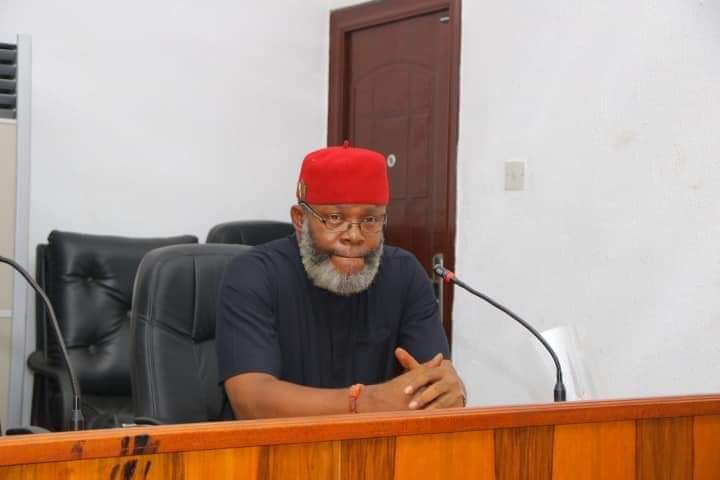 Our State, Anambra, has been in the news and the spotlight for several months and weeks now. One of the reasons is obviously as a result of the race on who replaces the incumbent Governor, Chief Sir Willie Obiano (Akpokuedike), at Agu Awka.

Looking at the number of well to do Anambrarians, who have indicated their intention to run for the Governorship, many political observers and pundits described it as a battle of the billionaires.

One of my friends, Uche Nworah, had looked at our state, Anambra, and in one of his usual intellectual contributions said, “Perhaps those who coined the expression ‘Warri no dey carry last’ had Anambra State in mind as well. This is because the state and its indigenes otherwise called Ndi Anambra continue to dominate the headlines and national discourse.

Whether in politics, sports, education, the arts, business and other sectors, Anambra State remains one of the bright lights amongst other states in Nigeria. No wonder any story about the state with its motto as ‘The Light of the Nation’ and acclaimed to have the highest number of billionaires in Nigeria spreads easily like the harmattan wild fire”

“But therein lies the paradox. A state like Anambra, which celebrated the 25th anniversary of its creation in 2016, one that is so richly blessed in human and natural resources, has long struggled to actualize its full social, political, cultural and political development potentials.

It has been bogged down by the divisive politics of ‘Ndi kwe, Ndi Ekwegi’; a lack of consensus on what is good for Ndi Anambra, a lack of collective agreement on the type of leader that will lead Anambra to the ‘promised land’, and finally a lack of collective support for such a leader when providence throws him up bearing in mind the Igbo mantra – ‘Igwebuike’ and also that ‘Chi na eme eze’.

Anambra remains a land of ‘big men and women’ and each wants to have his or her say on who governs the state. For most of them, it is either their way or the highway.”

In the light of the above submission by Uche Nworah, I make bold to add in the words of Ole Kirk Christian that “Only the best is good enough for Anambra”. Barring last minute changes as a result of internal squabbles and Court cases, the “Titans” who will slug it out for the seat at Agu Awka on different political platforms are now known.

The best among the candidates does not translate to the one with the deepest pockets but one with the prerequisite understanding and vision to take Anambra State beyond what Akpokuedike had done. At this point, since you do not solve problems by throwing money at them, I sincerely think we need someone who will throw solutions at problems.

Since building a brand-new world will require brand new people, building “A Brand-New Anambra” will require “Building the Family First”. Incidentally, that is the vision and mission of the candidate of the African Democratic Congress, ADC.

From the very beginning, the ADC Governorship candidate, Nze Akachukwu Nwankpo, has insisted on the “Anambra Families First” vision and has at different times assured that the attention to the family unit coupled with protection of lives and property of the citizens remain top priority while building on the achievements of Chief Sir Willie Obiano.

“Oputa Ife adi” is not just a deserved title but a pointer to the difference his presence brings to fore having been tested as the Desk Officer on Niger Delta, Senior Special Assistant Special Duties to the President by late President Umaru Musa Yar’ Adua, Senior Special Assistant Special Projects, and Special Adviser Technical Matters to President Goodluck Jonathan, Secretary of Presidential Taskforce on Power and Secretary SURE-P.

Added to these public services at the National level is a sterling career in the Private Sector as a Strategist and Conflict Resolution Consultant, brokering peace between communities and oil companies in the Niger Delta for over 15 years.

Anambra State surely needs someone who understands administration. And Nze Akachukwu Nwankpo is a graduate of Philosophy, Public Administration and Law and also a highly respected Certified Partnership Broker.

It is a funny thing about life – if you refuse to accept anything but the best you very often get it. I, Ogene Igbo, knows for sure that Anambrarians have eyes for the best and ADC is presenting it. Oputa Ife Adi is the best!