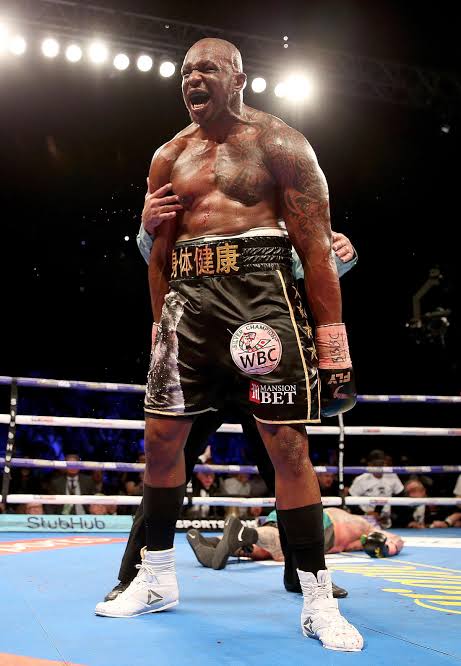 It will be the first of two fights for Whyte (28-2, 19 KOs) in the U.S this year, with the second one coming in October or November against Charles Martin or Chris Arreola. Hearn is negotiating with promoter Dimitry Salita to make the Whyte vs. Franklin fight.

Hearn wants both of those fights, particularly the Martin one. However, that doesn’t guarantee it’ll happen. The way Hearn is talking, they won’t take any chances of Dillian losing again and spoiling his opportunity to use his WBC mandatory status to challenge for a world title in 2022.With that said, the 6’5″ southpaw Martin (28-2-1, 25 KOs) might be too risky for Whyte because he’s a guy at the same level as him talent-wise.

Martin might have a little more power in his shots than Whyte. For that reason, it’s likely that 40-year-old Arreola (38-7-1, 33 KOs) will be Whyte’s opponent for October or November rather than Martin.

Eddie Hearn also said he’s made an initial offer to IBF 168-lb champion Caleb Plant to fight Canelo Alvarez on September 11th or 18th on DAZN. He isn’t saying how much the offer is, but it’s likely close to the $10 million that Plant (21-0, 12 KOs) has asked for to take the fight with WBA/WBC/WBO champion Canelo.

This fight is important to Canelo (56-1-2, 38 KOs), as it’s the undisputed championship at 168. Not surprisingly, Hearn prefers the Canelo-Plant fight to take place on DAZN rather than on FOX pay-per-view because the money is guaranteed. With pay-per-view, it’s a gamble, and Hearn prefers not to take that gamble for the Canelo vs. Plant fight in the saturated PPV market in the U.S.

Mike Coppinger reports that the Tank vs. Barrios PPV numbers will likely “fall in the 210 to 215K range,” which are good numbers nowadays. Davis, 26, has a long way to go before he can pull in the pay-per-view numbers that Floyd Mayweather Jr used to during the best years of his career.

Obviously, those numbers are well below Floyd Mayweather Jr’s recent fight against YouTuber Logan Paul on Triller pay-per-view, but this wasn’t anywhere near that type of fight. Former WBA ‘regular’ light welterweight champion Barrios (26-1, 17 KOs) and Tank Davis (25-0, 24 KOs) didn’t have 20 million followers on YouTube to depend on to sell their fight on Showtime PPV.

For Davis to move well beyond the 200K range in buys, he will need to fight better opposition than the guys that Mayweather Promotions have been putting him in with. Ryan Garcia will be an excellent fight for Tank if he wants to bring in the huge numbers. The good news is that Mayweather Promotions CEO Leonard Ellerbe favors making the fight between Tank Davis and Ryan Garcia.