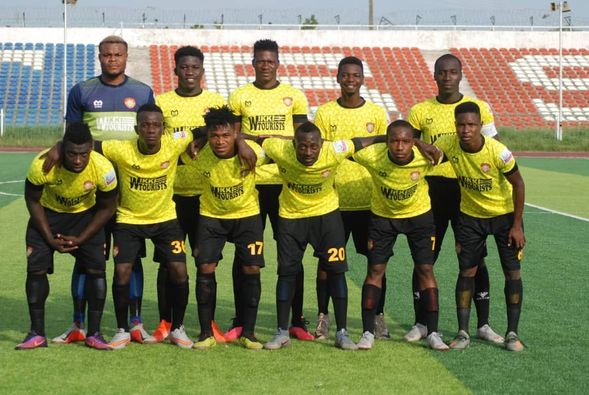 The News Agency of Nigeria (NAN) reports that the Match Day 31 fixture provided hopes of staying far away from the relegation zone for the Wikki Tourists.

They now have 36 points after the match, advancing to the 14th position in the league.

In the match, Wikki Tourists took the lead in the 30th minute through Nazifi Yahaya, who did not fail to utilize a nice pass.

Kareem Abdullahi drew his side level in the 43rd minute.

In the second half, Ibrahim Nesara restored the hosts’ lead in the 72nd minute.

Abdallah Bura, the head coach of Wikki Tourists, in his post-match interview, appreciated his players and thanked God for the victory.

He described the game as a good match and expressed confidence that his players would write their names in gold by the end of the season.

“Actually, it was hard work we did. Our last game was bad but with this match we are hoping to meet Rangers International in Enugu and play the same way,” the coach said.

On his part, Danlami Gwaso, the head coach of Dakkada FC, said he would not comment on the match, saying “it’s very unfortunate. I am not saying anything on the match. It is over.”

NDDC Board: Community appeals to Buhari to consider Imo for MD position

US court orders Olukoya, MFM general overseer, to pay $7,320 to Sowore for lying