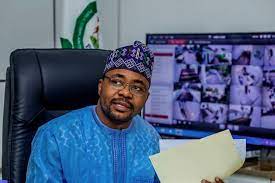 Kano State House of Assembly has today in its sitting suspended the Executive Chairman of the Kano State Public Complain and Anti-Corruption Commission for a period of one month.

The posted Chief Accountant was rejected and was even served with a rejection letter in that respect.

This necessitated the office of the Accountant General to send a petition to the State House of Assembly for its intervention on the matter.

After series of deliberations on the floor of the House, the House agreed to suspend the Chairman of the Public Complain and Anti-Corruption Commission for a period of one month to give way for the investigation on the subject matter.

The Committee has Deputy Director Legal as Secretary and Secretary Public Account Committee as Co-secretary.

The Committee was given two weeks within which to present its report finding to the Honorable House.

Japan: At least three dead and dozens feared missing after landslide in Atami

Hhhmmmm. Can rejection of a staff warrant this action of suspending the chairman? Possibly it is a case of HUNTING THE HUNTER

Doese the House has the power to suspend an appointee of the Governor? Was the Accountant General supposed to send a petition to the State House of Assembly? Not the Head of Civilervice or the Governor? Where is the separation of power here?

Power pass power, there is always a reason for everything. May be he has touch the untouchable