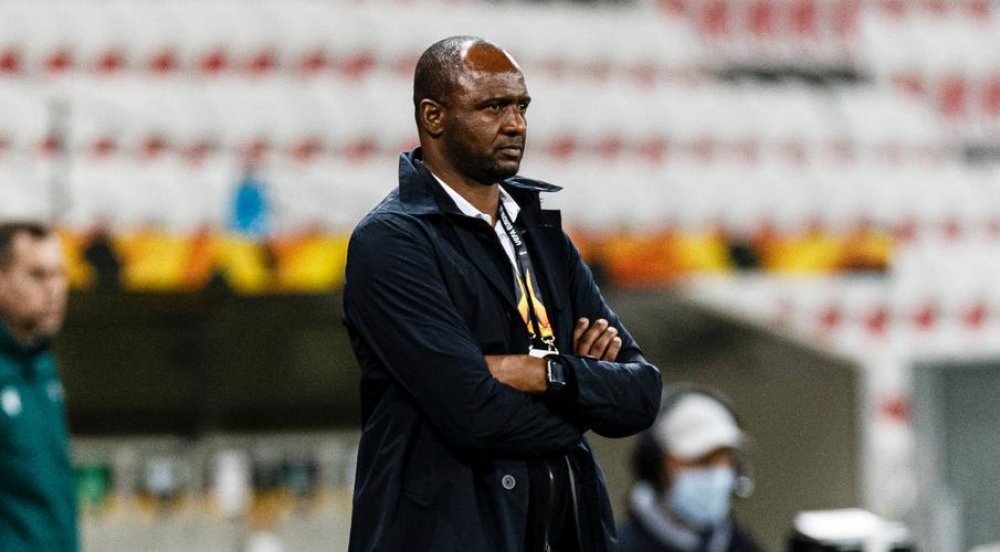 Vieira, who won three Premier League titles as a player with the Gunners, has had mixed results in charge of New York City and Nice in his two previous managerial jobs.

The Frenchman, who also won the World Cup and European Championship with his country, is highly regarded in England for his stellar playing career under Arsene Wenger at Arsenal.

“Crystal Palace Football Club are delighted to confirm the appointment of Patrick Vieira as its new manager for the next three seasons,” Palace said in a statement.

The Eagles have been searching for a new boss since Hodgson announced in May he would step down at the end of last season when his contract expired.

Vieira has a busy few weeks ahead, with a host of Palace players also out of contract and just six weeks until the Premier League season starts with a trip to European champions Chelsea.

“I am really excited to have this opportunity to return to the Premier League, and manage this great football club, as we begin a new chapter together,” said Vieira.

“It is a project that is really appealing to me, having spoken a lot with the chairman and sporting director about their ambition and plans for the whole club, including the academy.

“The club has fantastic foundations in place after many years in the Premier League, and I hope we can make further improvements and continue to drive the club forward.”

In his four seasons in charge, former England boss Hodgson managed to keep Palace out of the relegation battle.

However, there was a desire at the club to freshen up the ageing squad he had assembled with a younger manager.

“I’m delighted and excited that Patrick has agreed to join Crystal Palace as our manager following successfully learning his trade at the City Group and experiencing positive managerial spells at New York City and then Nice, who he led to the Europa League,” said Palace chairman Steve Parish.

“We have a lot to do to prepare in the coming weeks and I look forward to working closely with Patrick and (sporting director) Dougie (Freedman) in bringing in some new faces to help us all to a successful season.”

NDDC Board: Community appeals to Buhari to consider Imo for MD position

Congratulations to the Head of new coach