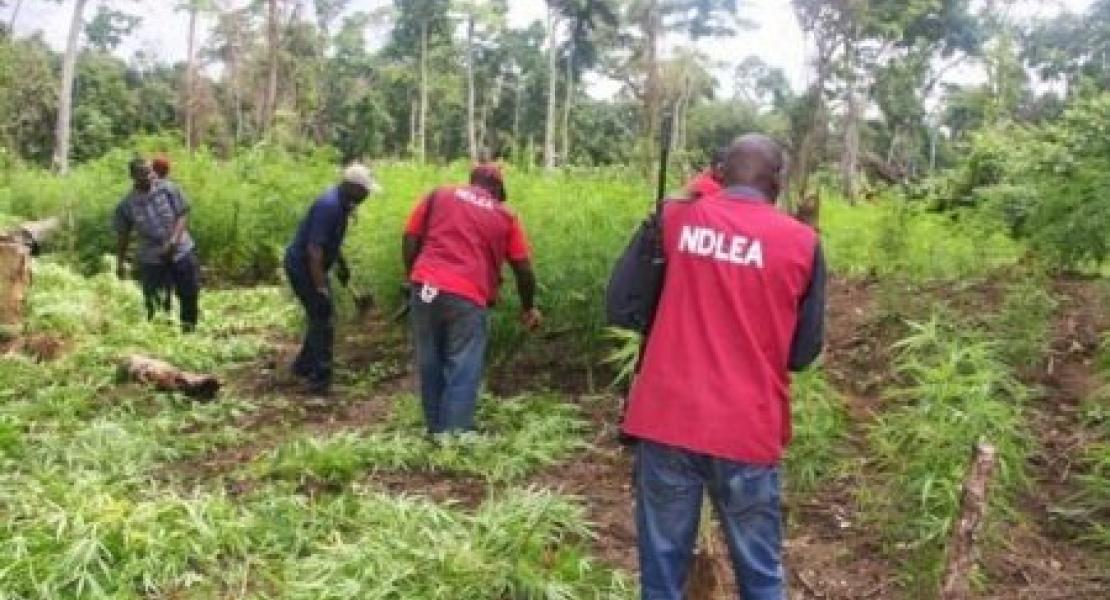 The News Agency of Nigeria (NAN) reports that the suspects were arrested in their suspected cannabis farms during an operation by personnel of the agency which lasted several hours.

Mr Kennedy Obedeke, the Principal Staff Officer (PSO) Operations, Edo command, who led the operations told newsmen shortly before the destruction of the farms that they were discovered through intelligence.

Obedeke also said that the farms which were three in numbers, and measuring about 22.216411 hectares, had cannabis plants with market value running into several millions of naira.

He disclosed that the operation had been ongoing since Wednesday, adding that in spite of the challenges faced by the command, it would not relent in the war against illicit drugs in the state.

He noted that Edo was a cannabis-sativa producing state but stressed that the command was doing its best to ensure that the substance did not get to the end users.

He noted that the command was working assiduously to keep the state free of illicit drugs.

He added that with the motivation and encouragement from the Chairman, Chief Executive Officer of the agency, Brig.- Gen. Buba Marwa (Rtd.) the command was more committed to the renewed war against illicit drug and substance abuse in the state.

Meanwhile, one of the suspects who claimed to be the manager of the farm told newsmen that he was being paid N120,000 annually by the owner of the farms.

He, however, said he was aware of the implications of his crime, while also disclosing that the owner of the farms was at present on the run.

Sheikh Ahmad Gumi has a point