Kwankwaso and The Future of Leading Political Parties 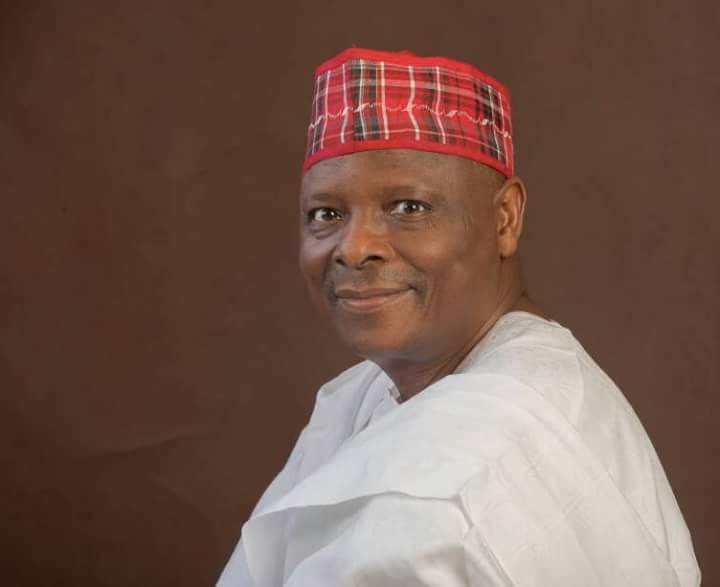 By bringing Kwankwaso back, the APC will correct a great mistake, by letting him go to APC, the PDP will make the greatest mistake.

The rumor of Sen. Kwankwaso`s return to the APC is becoming stronger in recent days, especially as some online media platforms have been reporting on the consistent move by the Mai Mala Buni led APC Caretaker Committee, to get him back to the party.

I prefer to use the word “return” because he was in the APC from 2014 and up to 2018 when he left it because of the unfair treatment he got from the party.

His contribution in making the party victorious in 2015 was huge. He first led some sitting PDP governors to defect to the APC, the shock that was seen as the beginning of the PDP`s defeat in the 2015 election.

Secondly, he delivered all the 69 elective positions from Kano state to the APC in the 2015 general elections.

Even President Muhammadu Buhari knows that Sen. Kwankwaso has added value to his political relevance in Kano state. Yes, Buhari has been winning Kano state`s votes since he started contesting for presidential position.

Consecutively, Buhari maintained his 1.6 million votes from Kano in 2003, 2007and 2011. Those were votes he got because of the love the people of Kano state have for him. But in 2015, when Buhari joined camp with Sen. Kwankwaso, he (Buhari) got 1.9 million votes, more than his traditional 1.6 million votes.

And in 2019 when Buhari joined camp with Ganduje, his votes dropped from the traditional 1.6 million to 1.4 million, also 500,000 votes short of what Kwankwaso worked to get for Buhari in 2015.

Influential politicians like Kwankwaso and Tinubu, were the gamechangers in Buhari’s political trajectory, because it was when they joined camp with him in 2015 that his political dream was actualized.

Unlike Tinubu who was rewarded with a lot of appointments, other privileges and a title of APC national leader, Kwankwaso was not given even a single appointment either for himself or for his political allies.

And even though governors like Badaru of Jigawa state and others, tried their best to retain Kwankwaso in APC, he (Kwankwaso) opted to move back to the PDP in 2018, and the outcome of the 2019 governorship election made the APC leaders to realize that they made a mistake of losing Kwankwaso.

The man clearly won his election before the federal might was used to retain the state for the ruling APC, as according to those who orchestrated that plan, “Kano was too strategic to be left in the hands of the opposition.” The opposition PDP despite having this knowledge and knowing fully that Sen. Kwankwaso is today the most popular northern politician, the party wanted to prioritize the interests of some expired politicians in the state, who were working for an ambitious governor from a northerner state, the governor that could not get more than half of the votes scored by Kwankwaso`s governorship candidate.

The way that governor meddled in the affairs of Kano PDP at the recent zonal congress of the party, was very unfair to Kwankwaso, and the majority of Kwankwaso`s supporters were provoked.

No matter how much one hates Kwankwaso, one cannot deny the fact that he has the grassroot political support in Kano state, and he is the most popular northern politician as of today. His political movement, “Kwankwasiyya,” has structures in most of the states in the country. In a recent propaganda by the Kano state government, they claimed to have brought 27 state coordinators of Kwankwasiyya to the APC, at their June 12 political gathering held in the state. Their claim to have brought the Kwankwasiyya coordinators of 27 states, made the public believe that the movement is no longer a state or a zonal movement, but a national movement.

Kwankwaso`s millions of supporters see him as their political party, and they are ready to follow him wherever he goes politically.

Both APC and PDP, know that Kwankwaso is a political asset because he already has followers that are waiting for his directive. For the APC, no amount of conditions should be too expensive for them to give and get him back. It will be an opportunity for them to correct the mistake they have made in 2015 for not rewarding him for his contribution to the party`s victory.

For the PDP on the other hand, it will be a great mistake for them to let him leave the party. Let the PDP`s NWC and the governors meet him, apologize for what happened at the recent zonal congress, give him confidence that his interest and that of his allies, will be protected in the upcoming 2023 elections.

July 3rd Bouts and Some Gossips

KSADP to Support Education of 115 Youths in Agriculture