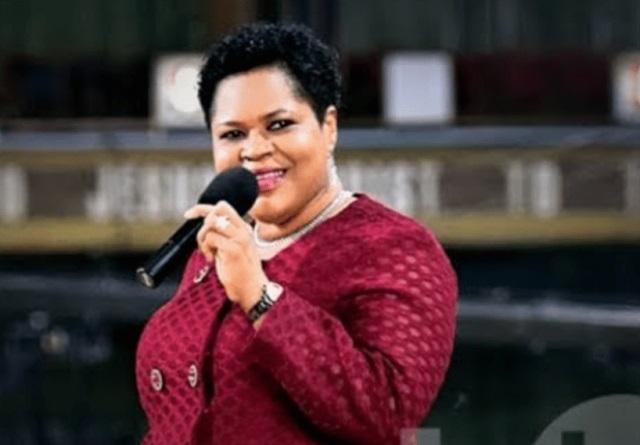 Weeks after the founder of the Synagogue Church of All Nations (SCOAN), Prophet T.B Joshua’s death, the management have announced Evelyn Joshua as the new general overseer.

Evelyn is the widow of the late Prophet TB Joshua.

According to African News, elders of the church met and declared Evelyn the successor to the televangelist who will now oversee and run the affairs of the church.

A top aide of the deceased cleric was quoted saying, “Someone must take charge immediately and give spiritual direction on the mode of service continuity. So much spiritual and financial efforts went into building SCOAN and it cannot just waste away.”

Evelyn met TB Joshua 30 years ago and ever she served as his second in command till the end of his life.

It was gathered that Evelyn, apart from being a preacher, also offers counsel to the church members

The two were married for 31 years and have three children. TB Joshua dies on June 5, 2021.

Meanwhile, the church has announced that the TB Joshua would be buried at his church, in Lagos Nigeria.

The Synagogue church also disclosed that all activities would be broadcast live on Emmanuel TV.

How did Farouk Lawan get caught up between the legislative rascality of Dino and Patricia’s fury of a scorned woman?