What Should Happen at Generation Equality Forum in Paris: An African Young Feminist Demands 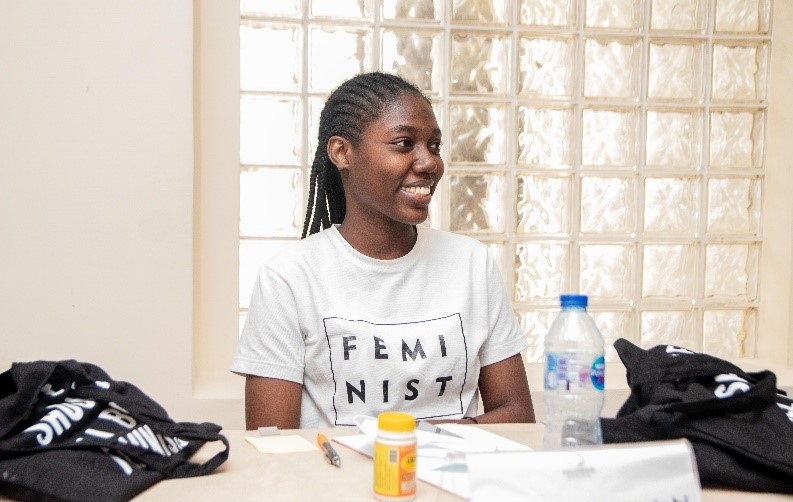 The first time I heard about the Generation Equality Forum was in December 2019. I was told by my colleague that I will be attending a virtual training session that will inform and educate me better on what the Forum is all about.

I felt at ease when upon starting the training, I met other young, clueless, curious and excited young feminists from other African countries. At first my mouth was tied, refusing to contribute to the conversation because I didn’t think my opinions mattered enough. But the organizers gave room for ease, patience and encouragement and slowly, contributions were pouring in from Kenya, Nigeria, Côte d’Ivoire, and other African countries.

The training became one of the things I looked forward to every month and after about three sessions, we discovered that we shared similar areas of concerns, we faced similar system of oppression. We discovered that in spite of language and geographical differences, the patriarchal system is visibly the same.

The conversations were structured to address six agendas which are gender-based violence, economic justice and rights, technology and innovation, bodily autonomy and sexual and reproductive health and rights, feminist leadership and movement, and feminist action on climate change- all of which were areas on concern for me as a young African feminist.

Commitments were made on the six agendas to be achieved by 2026 and governments were urged to adopt these commitments.

The second leg of the forum is in two weeks and since the first leg in March, I have engaged fully with young African women on these acceleration plan. Does it affect us? Yes. Can the commitments work in our countries? Yes. Are we getting the needed responses from the African governments on these commitments? No!

The reality, which is that governments in Africa operate on a similar system of governance, which is, to put modestly, appalling. We are far from getting a transparent, democratic and transformative leadership. We make commitments we do not commit to. We sign to papers we do not practice.

Beyond urging African governments to make commitments at the Generation Equality Forum in Paris, we must push further to ensuring gender budgeting and feminist-led implementations of the commitments.

Young voices in all diversity are springing up in every corner in Africa and we must be heard- loud and clear, and responded to. Our areas of concerns must be treated with urgency as a global pandemic was and still is. As young people will be given the platform to engage at the forum, we want the Action Coalitions to start putting pressure on state governments to act quickly on every commitment.