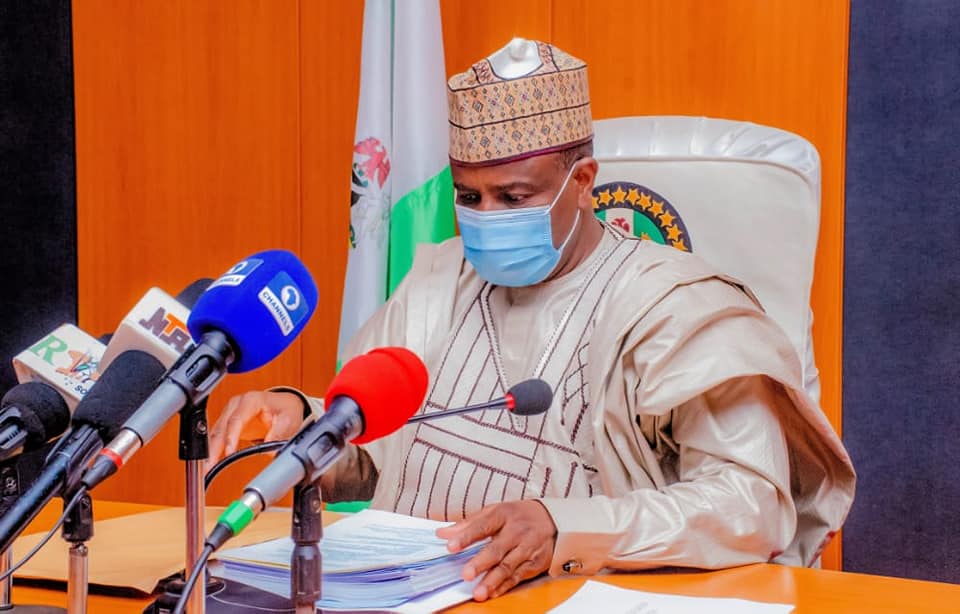 The state Commissioner of information, Hon. Isah Bajini Galadanchi stated this while briefing newsmen shortly after the state executive council.

He said the bill for the supplementary budget was deliberated by the council and will be sent to the state House of Assembly (SOHA) for consideration and passage into law.

Similarly, the council approved the upgrade of the new ongoing Sports Complex to the standard of a full-fledged stadium, which initially has the capacity of 4,700 seats and will upon the adjustment have 11000-seats at the cost of over N781 million.

The cost of the contract was initially over N1.250 billion, but with the new development it will now be over N2.32 billion.

Also, the council ratified the proposal to secure a loan facility from Zenith Bank PLC to pay for the state Government counterpart funding for the actualisation of the 2020/ 2021 Universal Basic Education Commission (UBEC) marching grant.

The council also approved the state Child Protection Bill after its deliberation with a view to forwarding it to the SOHA for passage into law.

It could be recalled sometimes ago the state government has constituted a high-powered committee under the leadership of the Wazirin Sokoto to look into the consideration and establishment of the bill which will conform with the religious norms and value of the state.

The committee has completed its work and submitted its report to the state government for deliberation.

Also, the commissioner of Health, Dr Muhammadu Ali Inname gave the update of the COVID-19 19 pandemic in the state, noting that for the past 102 days the state didn’t witness any case.

He added that since the outbreak of the disease over 15,000 tests were conducted out of which 775 cases only were found too positive.

According to him, over 27,000 people have been vaccinated on the first dose of the AstraZeneca COVID-19 vaccine, adding that the second dosage of the vaccine has commenced with over 12,000 people vaccinated.

At the close of its session, the council observed a special prayer for the departed soul of former commissioner of Agriculture, Hon. Arzika Tureta.