KNSG directs for call back order to some teaching staff 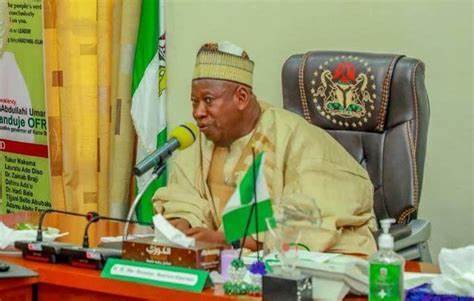 Kano state Government has directed the ministry of education to recall back with immediate effect, all classroom teachers on its payroll that are currently working in both Private, Community and Voluntary schools across the state.

This was contained in a statement by the spokesman of the Ministry, Aliyu Yusuf, Monday, and made available to Stallion Times.

The directives followed a proposal submitted to the Governor by the commissioner of education, expressing the need for the call back order with a view to filling the shortfall of teaching staff in the public Schools.

According to the commissioner, government is very much aware of the need to extend its helping hands to Community and Voluntary schools as enshrined in the respective laws enacted in the state “but it was observed that the process has been abused over the years as some teachers have stayed for more than 15 years in those schools thereby disconnecting from their places of primary assignment.”

He added that some were discovered to secure another employment but still receiving salaries from the government payroll, the trend that must be put to a halt.

He said to ensure the success of the call back exercise, the Ministry has constituted a high- powered Committee with representatives from KSSSMB, SUBEB, S&TSB, KSP&VIMB, AME, HOS, Ministry for Local Government and Finance to invite, screen and document all the affected teachers for re-assignment.

The committee has been directed to meet with them at Gidan Murtala with effect from Wednesday, 16th June, 2021 by 10am.

Accordingly, all the affected schools are advised to re-apply for new posting of teachers where necessary.   It is also to be noted that any of the affected teachers who deliberately refused to appear before the Committee will certainly be recommended for strict disciplinary measure or assumed to have forfeited his engagement with the service.

Commission takes on airlines that discriminate against PLWDs

NPFL: We are Surprised Over LMC N7.5m Verdict – Kano Pillars