Sack of 18 KASU Lecturers: A Case of Victimization? 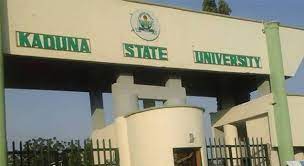 Even today as the governor of Kaduna state, the phrase is still ascribable to him as he has remained true to character in approach.

One cannot take it away from him that he is an unapologetic champion of far-reaching reforms devoid of political correctness in implementation. This was first evident in his days as the head of the Bureau of Public Enterprise (BPE) and Minister of the Federal Capital Territory (FCT). Same can be said today of him as a governor.

Over the past six years, he has introduced uncompromising and most times painful reform initiatives. A necessary medicinal pill, his government has argued, meant to be swallowed if the state is to recuperate from the endemic cancer of underdevelopment and poverty.

Evidently, what has not changed is that in carrying out these reforms he is ever ready to step on the toes of the high and mighty, and even on the rights of the low and vulnerable, if need be. This is as long as the reforms are carried out to his satisfaction and global acclaim. In the process, he has continued to stir up controversies, and created bitter enemies both high and low. He has built a reputation of not shying away from taking on any opposition to his reforms head-on.

Courting controversies seem to be his comfort zone and more so it seems inbuilt – especially when it has to do with proving a point to his enemies. In the above referenced memoir, he narrated a childhood experience of a fight he had with a bully. He had this to say about the brutal encounter, “people had to know that if you fought me, I will fight back, and even if they beat me up, I would leave scratches on their faces or something permanent so that they will remember that even though they won, it came at a cost.”

This, it seems, is being replayed with his recent encounter with the Nigeria Labor Congress (NLC), when they crippled the state for about three days. This is in protest over the sack and further plans to rightsize the civil service, by disengaging more staff. Despite the intervention of the Federal government through the Minister of Labor with a Memorandum of Understanding (MoU) signed, it seems the ‘Accidental Public Servant’ is not yet done getting his pound of flesh.

As he stated in his memoir after being beaten by the bully, “that first night at home nursing my bruises, the matter was probably over and done with to him, but for me, all I could think about was what should be done next.” Therefore, it did not come as a surprise when it was reported that those that played an active role in the labor protest are being targeted and victimized.

First, the said punitive transfer of Kaduna state Chairperson of the NLC was widely reported. Secondly, there is the recent purported sack of 16 academic and 2 non-academic staff of the Kaduna State University. They were said to be sacked for participating and supporting the NLC five-day warning strike in the state, that was held between May 17 and May 19, 2021.

The worrisome action contravenes the ‘no victimization’ clause in the Memorandum of Understanding (MoU) signed between the labour Union and Kaduna State Government, on May 20.

According to the MoU, no worker shall be victimised for participating in the industrial action. A mere ink on paper called an MoU, even with the Federal government as mediator, it seems, would not stop the governor from getting his pound of flesh.

What is more is the report that the 18 affected members of staff neither received queries nor faced any disciplinary committee, as claimed by the university management in the hurriedly developed memo.

As seen in the Memo (KASU/REG/061/VOL 1/446) from the university management to the Governor through the Commissioner for Education, dated May 20, 2021. This punitive measure included stoppage of their salaries with immediate effect.

Furthermore, against the Trade Unions (Amendment) Act NO. 17 of 2005, that clearly explains Check-off Dues, to be statutorily permitted deductions; which is automatic for members and does not rely on the pleasure of an employer. The said memo by the vice chancellor also mandated the office of the Accountant General of Kaduna State, to stop remitting the check-off dues of the union.

Presently, it is reported that the Check off Dues for the month of May was not deducted as instructed in that leaked letter. Similarly, the 18 sacked lecturers are yet to be paid their salaries till date. It seems determined steps are being taken to get back at labor and their sympathizers. This time around those affected are not the bully, but the weak who participated in a protest the Governor might have been at the forefront if he was outside of government.

The Academic Staff Union of Universities (ASUU), Kaduna State University (KASU) chapter, is seemingly not in the good books of the state government. During the public outrage that greeted the school fees increment – the union came out, via a press conference to the chagrin of the government, in support of the students making disturbing revelations. Wherein they argued that 75% of the students will drop out due to the increment.

In conclusion, it is important to note that sacking of the University Staff for the said reason of participating in industrial action contravenes a number of statutes. It is also wasteful as many of them were trained abroad by taxpayers’ funds running into hundreds of millions.

The state government needs to reconsider its position for the greater good as against a personal vendetta. The future of families and students are at stake.

Kaduna will surely be great again, when we put people first!

Governor of the Ofege Generation