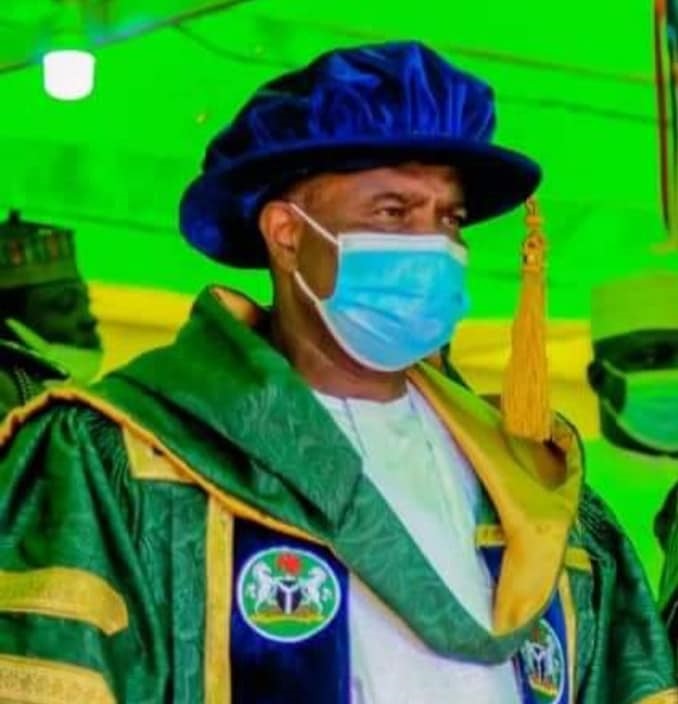 Sokoto state Governor, Aminu Waziri Tambuwal has led a high-powered delegation of his administration to Khartoum, Sudan to seek academic laurels for 38 indigenes of the state who studied Medicine and other health sciences at Ibn Sina University (ISU) and Nahda International University College (NIUC), all in Khartoum.

A breakdown of the students and the courses they studied shows that 29 will be awarded with Medical degrees of Bachelor in Medicine, Bachelor in Surgery (MBBS), two each will bag degrees in Dentistry, Pharmacy, Medical Laboratories; and, Computer/ICT respectively; while one student will clinch a Nursing degree.

As he leads these youths to intellectual accomplishments, the governor himself has been chosen and recognized by the NIUC; and would be conferred with an honorary degree by the College.

An advocate of continuity in governance, Gov. Tambuwal along with some prominent members of his cabinet will celebrate the youths in Sudan, who actually got the state’s scholarship to study in there from his predecessor, former Gov. Aliyu Magatakarda Wamakko.

A member of the entourage to Sudan explained that when the scholarships were first awarded the manageable exchange rate of the Naira to the dollar was used to bankroll the undertakings. But soon after the forex became prohibitive thus pushing up the costs of the undertakings, a situation that left some of the the students in the lurch.

However, with prudent management of scarce resources, Gov. Tambuwal reversed the ugly trend and got the students back into their classrooms. By Monday, the governor and his entourage will join all of them in celebrating their feats, just as his credentials too get star-studded with an honorary degree.

Accompanying the Governor to Sudan are: the state’s Commissioner for Finance, Hon. Abdussamad Ibrahim Dasuki, and his Ministry of Higher Education counterpart, Prof. Bashir Garba (MFR).

Also, in the entourage are: The Secretary to the State Government, Mallam Saidu Umar (FCNA), the Executive Chairman of the state’s Scholarship Board (SSSB), Hon. Altine Shehu Kajiji, the Director General of the SSSB, Alh. Bello Isah and the Director Foreign Students Matters of the board, Kabiru Ibrahim Labaran.

Also in the entourage is the Deputy Accountant General of the state government, Hon. Muhammad Musa Maccido.