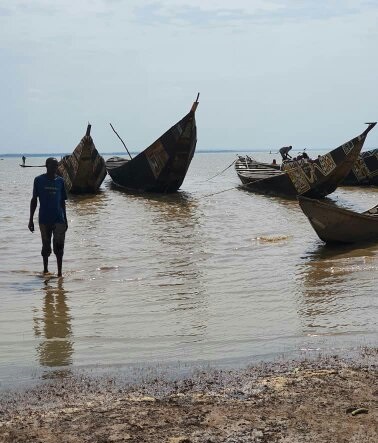 Henceforth, marine travelers in Sokoto state have to wear life jackets before embarking on   journeys in motor boats and locally made canoes.

This directive by Governor Aminu Waziri Tambuwal was given in the wake of a boat mishap in which 13 people traveling from Dorowa to Ginga village in Shagari local government area of the state died.

The governor, who condole the people of the town over the incident directed the state ministry for local government, headed by the state Deputy Governor, Hon. Manir Muhammad Dan’Iya, who accompanied him to the condolence visit, in collaboration with the state emergency relief agency, to provide motor boats and life jackets to the local government areas of the state where passengers have to cross rivers, lakes and ponds.

He said the facilities will be distributed to people living in riverine areas in the state since the raining season has started.

The Governor also charged people to always take precautionary measures while being transported by boats.

Governor Tambuwal while condoling people of the area, prayed Allah to grant the deceased Jannatul firdausi.

He also prayed to Allah to prevent future occurrence.