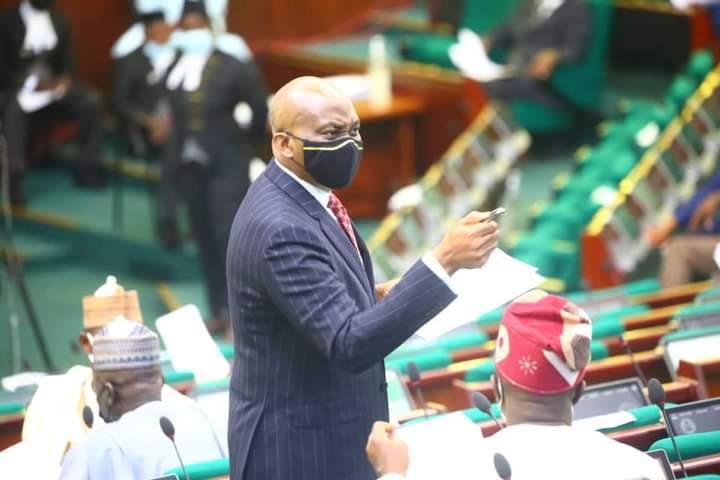 The minority caucus in the House of Representatives, at the weekend, said it had taken stock of the performance of the administration of the APC-led Federal Government, describing it as a failure.

The caucus stated that the APC administration had failed on all fronts in the last six years, with its failure to “check the worsening insecurity and mass killing of citizens; its intrinsic corruption, mismanagement of our national economy, as well as the unrelenting assault on our national diversity.”

The caucus gave the verdict in a statement by the Minority Leader of the House, Ndudi Elumelu.

The statement by the minority caucus partly read, “As lawmakers, our caucus is worried that exclusionist tendencies, trade restrictions, nepotism in government appointments, disregard to rule law, the relegation of constitutional order and principles of separation of powers; abuse of human rights, electoral malpractices, harassment of opposition and arrogant insensitivity to the sensibilities of the Nigerian people by the APC administration have occasioned instability, economic crisis and avoidable acrimony that are threatening our corporate existence as a country.

Poor policies by the APC administration have stifled the economy and put the nation in dire straits with a disturbing 33.3 per cent unemployment rate, a scary 18.12 per cent inflation rate, over N32.9tn accumulated debt burden, a progressively devalued currency and collapsed infrastructure.

“Failure of the government to address escalated insecurity challenges has crippled the agricultural sector and disorganised commercial activities leading to imminent food crisis with the cost of food and other necessities of life skyrocketing beyond the reach of Nigerians.

“Nigeria, under the APC administration, has now become the poverty capital of the world, ranking 98th out of 107 in Global Hunger Index, with 22.95 food inflation rate and increasing morbidity and mortality rates.”

It urged the Federal Government to buckle down and use the occasion of May 29 to address the failures of the APC administration by taking urgent steps to tackle insecurity and other problems.

The opposition lawmakers added, “As representatives of the people, the minority caucus is worried that our nation is heading towards a failed state. We, therefore, urge President Muhammadu Buhari to buckle down and use the occasion of May 29 to address the failures of his administration by taking urgent steps to tackle insecurity, ensure respect for rule of law, end corruption in his government, adopt a more inclusive approach to governance and engage better hands to manage our economy.”