DCCN Calls on Nigeria, Other Countries to Severe Relations with Israel 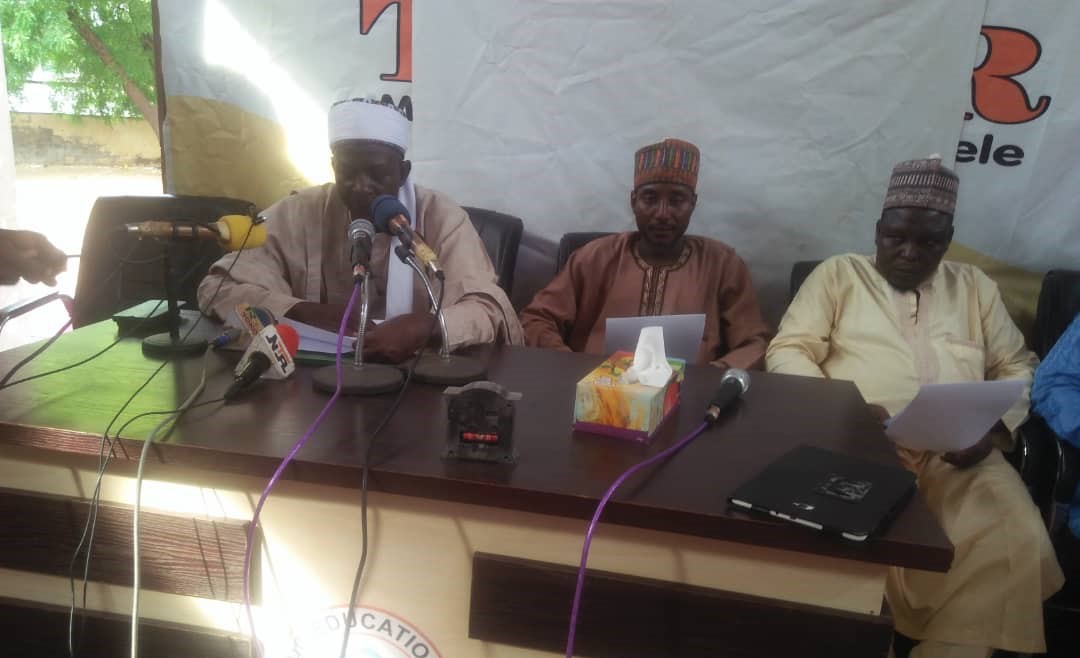 A frontline Uslamic Organisation in Nigeria, the Da’awa Coordination Council of Nigeria (DCCN) has condemned in strongest term the illegal occupation of Palestinian territory by the Jewish state of Israel.

Speaking at a press conference in Sokoto, the leader of the Organisation, Malam Lawal Maidoki said the DCCN, the umbrella body of 51 Islamic Organisation in Nigeria would not fold arms and be watching the Jewish state destabilising the state of Palestine.

He draws the attention of the United Nation and European Union, the Arab League, the so-called super powers and other relevant bodies to halt as a matter of urgency the aggressive attack by the Jewish state on the Palestinian state.

Maidoki further said Israel under president Benjamin Natanyahu has terminated the lives of over 212 Palestinians including 61 children and 36 women in their efforts to drive them away from their ancestral homes and deny them their rights to live and worship.

He said the current bombardment of homes by Israelis in the Gaza Strip is not only an action aimed taking away the birth place of Palestinians, but an expansion of illegal and brutal occupation.

According to him, the Nigerian Muslims have resolved that, the United Nations, its security committee and all other relevant bodies should be pro active in making sure that no more lives are lost in Palestinian land.

“The carnage, destruction at Gaza, denial of all rights due to aggression of Israel must to stopped forthwith.  Muslims must to be allowed to worship in Al -Aqsa Mosque at all times without hindrance.

The DCCN Organisation has called on countries, Nigeria inclusive to severe relation with the Jewish state of Israel until peace is restored in Palestine and Gaza.

He called for prosecution of Israeli government under President Natanyahu by the world court for crime against humanity.