2 LGAs in Kano Under High Risk of Flood – Report 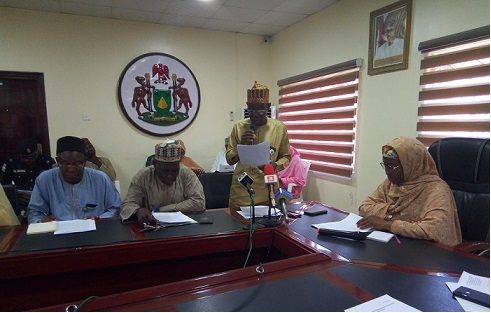 According to the report, Kano state is ranked among the highly probably flood risk states with emphasis on Kano Municipal and Ungogo Local Governments Area (LGAs) and 23 other LGAs as moderate risk areas.

Recall that flooding occurred in Kano on the 15 of July, 2020 in which Rimin Gado and Tofa bridges were washed away and not less than 3,954 persons in seven LGAs were affected.

In his welcome address, the Executive Secretary, SEMA, Alh. Dr. Saleh Aliyu Jilli recalled that last year, the Honorable Commissioner for Special Duties inaugurated both the disaster management and the technical committees with a view to put in place a structure for handling disaster related issues in Kano.

He said: “They committees rolled out preventive and intervention measures that resulted in reducing the level of colossal damage on environment and its inhabitants last year.

“In these regards let me seize this opportunity to appreciate all of you, more especially agencies like NEMA, NiMET, National Refuge Commission both Federal and State, Fire Service, Security Agencies, Medical houses, Local and International NGOs and Civil Society Organizations (CSOs),” he added.

Dr. Jilli implored the indulgence of Governor, Ganduje to urgently inaugurate the already approved local government management committees (LEMA) which composed of stakeholders responsible for responding to and carrying out disaster management within local government areas and reporting any natural or other disaster in their area to SEMA.

He thanked the Honorable Commissioner for Special Duties for all his care, support, encouragement and backing to SEMA.

The SEMA Executive Secretary then called for deliberation in order to fashion out strategies for disaster prevention and mitigation, assuring that the outcome will be articulated for onward submission to the state government for consideration and prompt action.

In his remarks, the Honourable Commissioner for Special Duties, Mukhtar Ishaq Yakasai who was represented by the Permanent Secretary, Hajia Ma’azatu Isa Dutse mni, said the Ministry for Special Duties and government are fully abreast of all the disaster related activities in the state through SEMA and commended the efforts and contributions of the committees towards the development of Kano State, especially on disaster management.

Declaring the stakeholders meeting on disaster management in Kano for the 2021 climate, weather and environmental forecast open, he urged the participants to judiciously utilize the meeting by contributing positively in designing an action plan for 2021 season disaster management.

Minister of Youths and Sports Reacts to Scrapping of NYSC