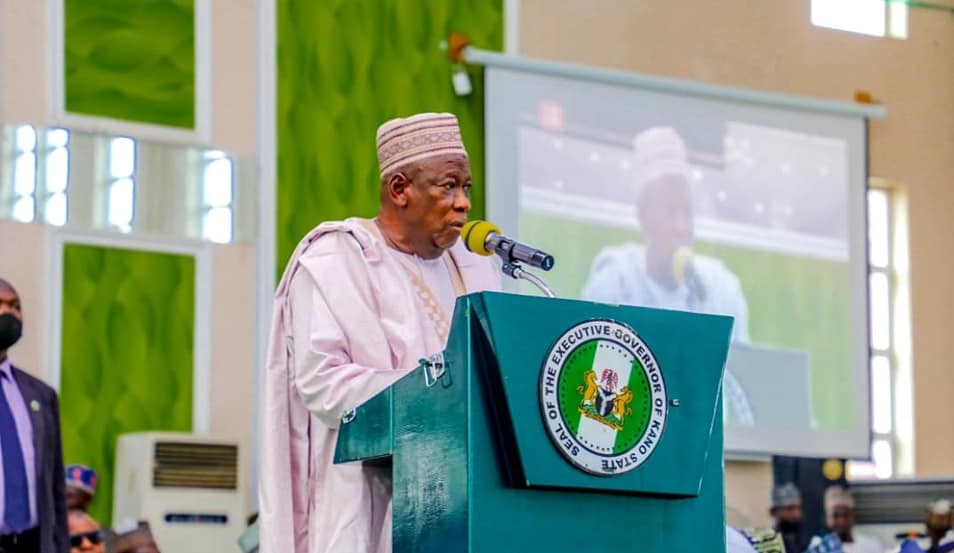 Governor Abdullahi Umar Ganduje of Kano state flags-off another Phase with N800 Million as intervention for the renovation of dilapidated schools’ structures across the 44 local governments in the state.

This, he said is in line with his determination to fully and impressively implement the policy on free and compulsory primary and secondary schools’ education with integration of Almajiri school’s system in Kano.

The Chief Press Secretary to the governor, Abba Anwar, in a statement said after the receiving the report of the earlier phase of the program from the State Chairman of Community Promotion Council, Abdullahi Ya’u ‘Yanshana, at Coronation Hall, Government House, Kano, Tuesday. Ganduje commended the Council’s relentless effort.

According to the statement, the governor expressed his full satisfaction over the exercise, that N880 Million was expended.

On why the state achieves such a giant stride in the education, as obtained in other sectors, governor Ganduje disclosed that, “Education is our first priority. That is why we are not relenting in our effort in this area.

“So also, in 2021 we paid some part of it. That is why UBEC has been able to pay us their own counterpart funding.

“That is why we are able to do what we are doing now and what we did before. To show you how serious we are in this respect and all other areas of governance,” he stated.

Arguing that, Kano state being the most populous state in the country, the state has more public schools than any other states in the country.

“We have more pupils and more students in our public schools than in any other state of the federation. So also, we have the highest number of enrolments,” he disclosed.

Governor Ganduje further reminded that, when the state declared free and compulsory primary and secondary schools’ education and reforming of Almajiri schools, “…we all assured ourselves that implementation of this policy is a task that must be accomplished.”

Adding that, the policy is in place to make sure that education becomes accessible, affordable and sustainable with full community participation, “…hence the establishment of community promotion council (CPC),” he explained.

Being a policy of free and compulsory education, he observed “…you must have one, two or more challenges. But we evolved strategy to tackle the challenges. Because we need to also consider our budget.

Part of the strategy included the establishment of Education Trust Fund, Education Contribution Fund and Community Promotion Council, among others, he explained.

In his remarks, the Executive Chairman of SUBEB, Dr Danlami Hayyo reveals some of the feats achieved by Ganduje administration included “Construction of 1,396 classes from 2015 with the sum of over N8.2 Billion, construction of compartment toilets 356, fencing of 25 schools to avoid encroachment for over N200 Million, construction of 116 boreholes, renovation of 589 with over N1 Billion and 90,809 chairs worth over N2.5 Billion.”

“Before, our enrolment of school pupils was 1.5 Million and after the declaration and implementation of free and compulsory education, we have over 4 Million.

“We have a staff strength of over 70,000 and our salary runs up to over N3 Billion for our teachers monthly.”

The Cyclic Phenomenon of Workers Strikes and Government Intransigence