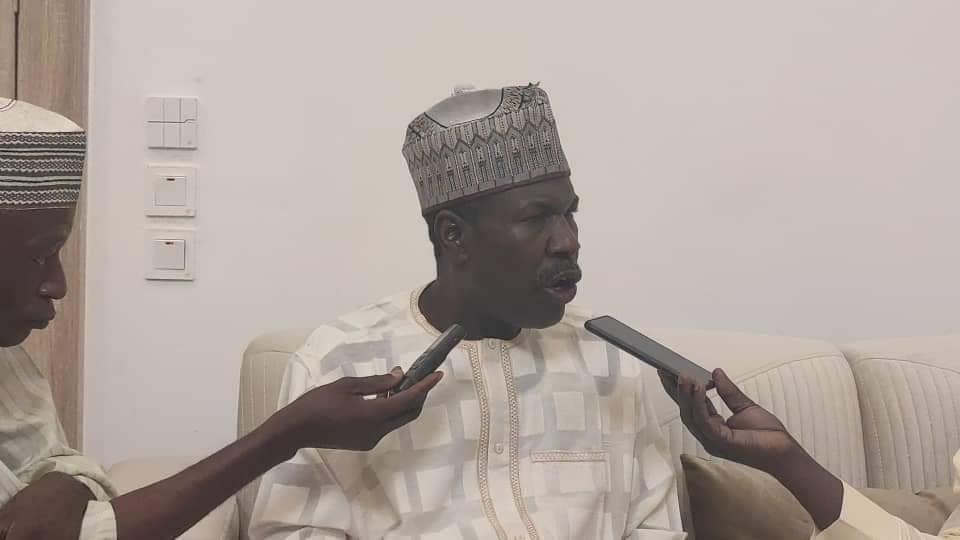 Col Yandoto made the shocking revelation on Friday while announcing his exit from the APC and formally along with over 300 of his supporters joining Governor Matawalle into the PDP at the Government House, Gusau.

This was contained in a statement by Yusuf Idris Gusau the Director General, Media Public Enlightenment and Communications, Government House, Gusau.

According to the statement, Col. Rabiu Garba Yandoto (rtd) said he decided to defect from All Progressives Party, (APC) to the Peoples Democratic Party (PDP) in order to complement the efforts of Governor Matawalle in tackling insecurity in the state believing that this was the best way he can contribute in that direction.

He alleged that the escalation of insecurity in the state is being sponsored by the APC Bigwigs in the State and as the Acting Chairman of the State All Progressives Party Security Committee, he has very useful documents linking the former governor Abdulaziz Yari and Marafa as the cause of escalating insecurity in the area.

Yandoto stated that during the 2019 elections, Senator Marafa sponsored the killing of three people from Yandoton Daji and gave their names as Alhaji Yusuf AG Yandoto who was the APC ward Chairman, Mallam Bala Yakubu, who was also a ward Exco and Mallam Abdullahi Halliru who was a polling unit chairman all in Yandoton Daji ward.

Furthermore, he alleged that he has all the evidence in his possession incremating Senator Marafa as the one who supplied the perpetrators with Den Guns and other dangerous weapons to execute his hatchet plan.

The retired military officer further said that he has since written a petition concerning the matter to the Police and copied same to the State APC acting Chairman, Lawali M Liman and the then Tsafe Local Government Council Chairman, Alhaji Aliyu Abubakar MC and later filed a suit in the court of law.

He also appealed to president Muhammadu Buhari and governor Bello Matawalle to ensure that justice is done to the deceased persons and their suffering families to serve as deterrent to all politicians who are aiding insecurity in the country, the statement added.

Welcoming Col. Yandoto and his supporters into the state PDP family, Governor Matawalle said his administration is determined to end insecurity in the state expressing confidence that with the fervent prayers offered by the good people of Zamfara the challenges will soon be history.

The Shattiman Sakkwato also assured them of equal opportunity in the party and called on them to continue to support his government in its fight against banditry and other criminal activities promising to ensure justice to all in the state irrespective of political or religious inclinations.

The Governor also expressed his happiness on how APC political big-wigs are joining PDP on daily basis in the state describing it as a sign of acceptance of his government’s leadership style, policies and programmes especially in the fight against armed banditry and other criminalities.

Policeman Returns Over N1.2m Concealed in a Shoe Box at Accident Scene