Bagudu Sympathizes With Victims, Assures to Tackle Bandits to a Stand Still 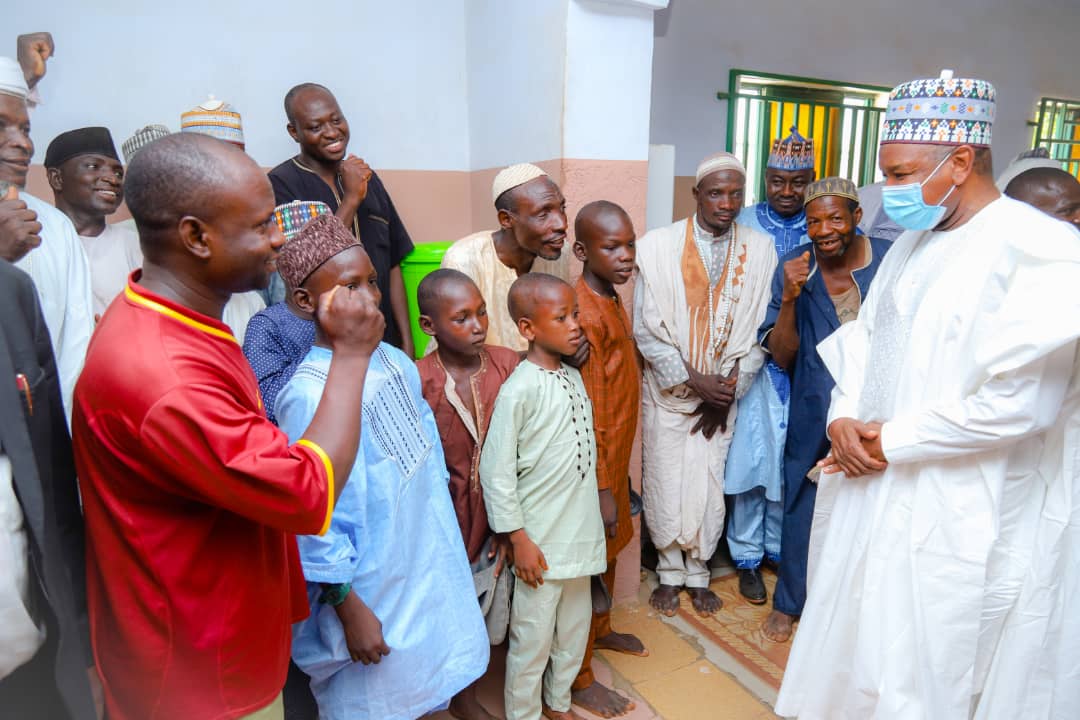 Kebbi State Governor and Chairman Progressive Governors Forum, Atiku Bagudu​ ​ said​ efforts​ and plausible measures are been put in place by both the federal and state government to further safeguard lives and property of the people​ and ensure banditry is put to a stand still in the state.

Bagudu disclosed this​ when he paid a sympathy visits to Dankolo community in sakaba local government, and Wasagu local government area​ of the state that was recently attack by banditry.

The Governor lamented that, the dastardly attack resulted in the unfortunate deaths of a Divisional Police Officer (DPO) and some security personnel.

Bagudu said​ his​ visit was aimed at rebuilding​ the confidence of​ residents of that​ area and other parts of the state.

He assured the residents that his government is doing everything possible to tackle banditry in the state​ and ensure famer go back to the farm peacefully.

He told residents that he would ensure additional deployment of security agents to the area to safeguard lives and properties of the people.

He equally remarked that President Buhari and the federal legislators would not rest until the security challenges of the area and Nigeria in general come to an end.

The Senator announced his effort to constructing a hospital in the area.

In his remarks, the Chiefdom of Sakaba, Alhaji Muhammad Ladan Musa thanked the governor​ and his entourage for the visit

“This simply demonstrates the kind of leader you are. I have no words to express my thanks to you ‘, he averred.

The traditional leader appealed to the governor to implore the contractor to hasten the completion of the ongoing road project in the area.

The governor and his entourage also visited the Divisional Police Command in Sakaba local Government to commiserate with the Police over the killing of the DPO of Sakaba, Superintendant of Police Abdullahi Jimoh, as well as Inspector Ibrahim Aliyu and seven other policemen, who lost their lives during the bandit’s attack.

Fire breaks out at INEC office in Enugu

We Are Ready for Nigeria’s Breakup – Miyetti Allah