Menu
Home Columns Reflections in a time of Eid
Columns

Reflections in a time of Eid 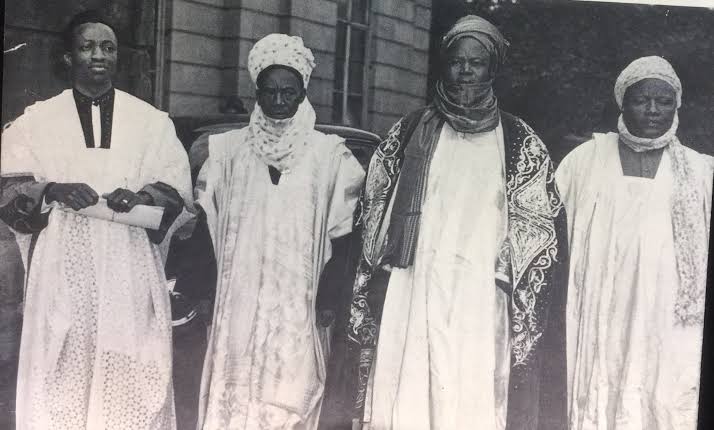 I wish my numerous Muslim friends and relatives a happy Eid celebration. May your various acts of worship and Ramadan fast supplications be acceptable accordingly.

“During the First Republic, the Premier of Northern Nigeria, Sir Ahmadu Bello, Sardauna Sokoto had a tradition of coming outside his office and discussing with some of his ministers and officials to gauge the pulse of opinions about his administration.

On one of those occasions, Sardauna expressed his concerns about the unity of the peoples of Northern Nigeria. He interrogated one of his ministers who was standing next to him, the Makaman Bida on why political opposition in the then Western and Eastern Regions were not as fierce as what was obtainable in the Northern Region?”

He continued, “despite their differences, they are united whenever common regional interests were at stake, but this was different with the then Northern Regional opposition parties?”

Makaman Bida responded by asking the Premier to audit his immediate political environment. Sir Ahmadu Bello immediately turned to his right and looked, all those standing around him were Muslims. The same thing was applicable to his left-hand side. There was not a single non-Muslim around him that were appointed into his government except civil servants.

Sir Ahmadu Bello then said, “Makama, I can now understand, because we excluded them from our government, they cannot appreciate our noble intentions for developing Northern Nigeria. No wonder, there was antagonistic opposition by them against us”, he lamented.

There and then, the Premier ordered the political appointment of young Christian intellectuals into the Northern Regional government.”

To contextualize Adagbo’s intervention the attached photograph from my modest archives is dated 1957. Taken at Lancaster House during one of the constitutional conferences ahead of national independence it lends credence to the Dan Masani’s recollection. It features the Northern Region representation now encompassing the 19 states of the North West, North Central and North East to those talks.

“Sir Ahmadu did not only end there, he opened up broad engagements and consultations with different shade of opinions, leaders of thoughts, traditional rulers, community leaders and ethnic nationalities with the intention of rallying them around the agenda of developing the North. Anybody whom in his considered opinion mattered, he personally engaged him directly or through trusted emissaries.

It yielded positive impact in building trust and confidence building on his leadership. Also, the scope of antagonistic opposition to his government and policies narrowed, which resulted into stability and massive progress recorded within six years of his administration.”

The foregoing is perhaps why Adagbo Onoja entitled his account, “Sardauna as Buhari’s critic?” which he concluded with pertinent questions obviously targeted at Mr. President’s handlers and even supporters;

1. When majority of the people are excluded from participation in government, then how do you expect them to appreciate that your intentions are not conspiratorial against their collective aspirations?

2. When you saturate the government with people of your faith, how can you convince adherents of other faiths that your intentions are patriotic?

3. When you populate the government with mostly people from your ethnic affiliations, how do expect others that have been excluded to have confidence in your leadership as capable of guaranteeing their rights and dispensing justice to them?

Onoja is currently a lecturer at Veritas University at Abuja and an Mphil/PhD researcher in Peace and Conflict Studies at the University of Ibadan in Nigeria.

He was variously a correspondent of Radio Kaduna; The Triumph Newspapers, Kano; Concord Press of Nigeria; TSM; rising to Member of the Editorial Board at Media Trust, Managing Editor of The Nation, Personal Assistant on Media Affairs to Nigeria’s Foreign Affairs Minister, (1999 – 2003) and the Special Adviser on Media Affairs to the governor of Jigawa State from 2007 – 2012.

Eid: Nigerians Should Have Hope, we Shall Overcome Problems – Kano CAN