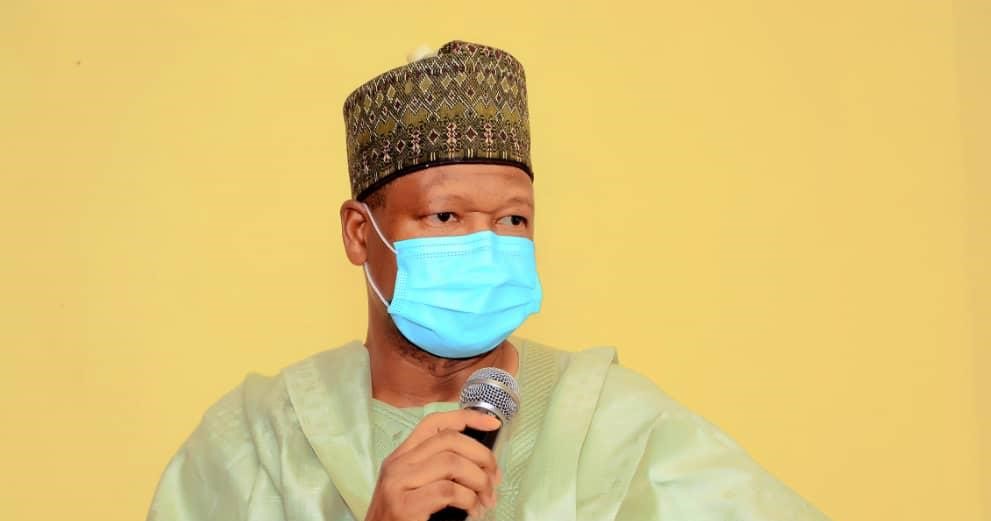 The Bayero University Kano, Centre for Dryland Agriculture (CDA) and the African food giant, Dantata Foods and Allied Products Company Limited have agreed to promote the generation of carbon among small holder farmers in Nigeria through a new approach of Agro-forestry called Regenerative Agriculture for carbon trading.

This was disclosed by the Director of the Centre, Professor Jibrin Muhammad while declaring open a public lecture on regenerative agriculture at Bayero University, new campus in Kano, Nigeria.

He said Agric innovation is a critical aspect of the sector through which the industry players are to perform strategic roles in economic diversification.

The event titled Industry Lecture Series and the first of its kind was organized to deliberate on the topic RegenAg and Carbon Trading: New Frontiers for Nigerian Agribusiness space was anchored by a British Agronomist Mr. Jason Hayward-Jones, who is also the Managing Director of RegenFARM Limited, a UK based Agric Technology firm working with Dantata Foods through a joint venture agreement in Nigeria tagged Dantata RegenAg Limited in Nigeria.

In a statement issued by Mr. Sanusi Bature, the General Manager Corporate Services of Dantata Foods and Allied Products Company Limited said that the Centre for Dryland Agriculture and Dantata Foods signed a memorandum of understanding in June 2020 with a view to supporting small holder farmers with knowledge and inputs from modern agricultural research and innovations.

While deliberating on the topic, Jason Hayward described carbon trading as a market-based system designed to reduce the greenhouse gas emissions that contribute to global warming, especially carbon dioxide, by creating a financial incentive to do so.

“But how does this market work? And where does carbon offsetting fit into the picture? Despite being described as ‘a market’, there are in fact multiple markets for carbon trading. Carbon credits that are bought and sold in one market might not be valid in another” He explained

According to Jason, the term carbon trading is most often used to describe the compliance market that exists for carbon credits within a regulated scheme, such as the European Union Emissions Trading Scheme (EU-ETS), California’s Greenhouse Gas Scheme or the Regional Greenhouse Gas Initiative (RGGI) in the northeastern United States.

These mandatory schemes require businesses whose emissions exceeds a defined threshold, or who operate in specific industry sectors such as fossil fuel-fired power plants, to obtain an allowance, or credit, for each ton of carbon dioxide equivalent that they emit annually.

He confirmed that the partnership is creating a platform to enrol thousands of small holder farmers who will pay a premium, under which these participants may receive an initial allocation of carbon credits free of charge or enter an auction to buy them. Businesses that subsequently reduce their emissions can sell their excess carbon credits to other participants whose emissions have increased, thereby commoditizing carbon and creating a market for it.

Jason also stated that, Dantata RegenAg Limited is working with farmers in Nigeria to change their production patterns to use regenerative agricultural methods that promote the sequestering of carbon into the soil, which can be sold as carbon credits on national and international markets.

“The value of carbon credits is increasing quickly, and this complementary revenue stream will soon become a major component of farmers’ annual revenue, as well as making the farms more resilient to climate change.”

In his goodwill message, the Chairman/CEO Dantata Foods and Allied Products Company Limited (DFAP) Alhaji Tajuddeen Aminu Dantata represented by his Chief of Staff Abdullahi Mahmoud, informed the audience that regenerative agriculture will provide solutions to various challenges of climate change and environmental degradation, which include soil erosion and carbon emissions as well as help farmers to produce organic foods for healthy consumptions that can earn them a higher premium from buyers around the globe.

“We have recently developed a catalyst for soil regeneration, which acts as a farm supplement that supports farmlands to regenerate swiftly and cultivate crops without the use of fertilizer and other chemicals.