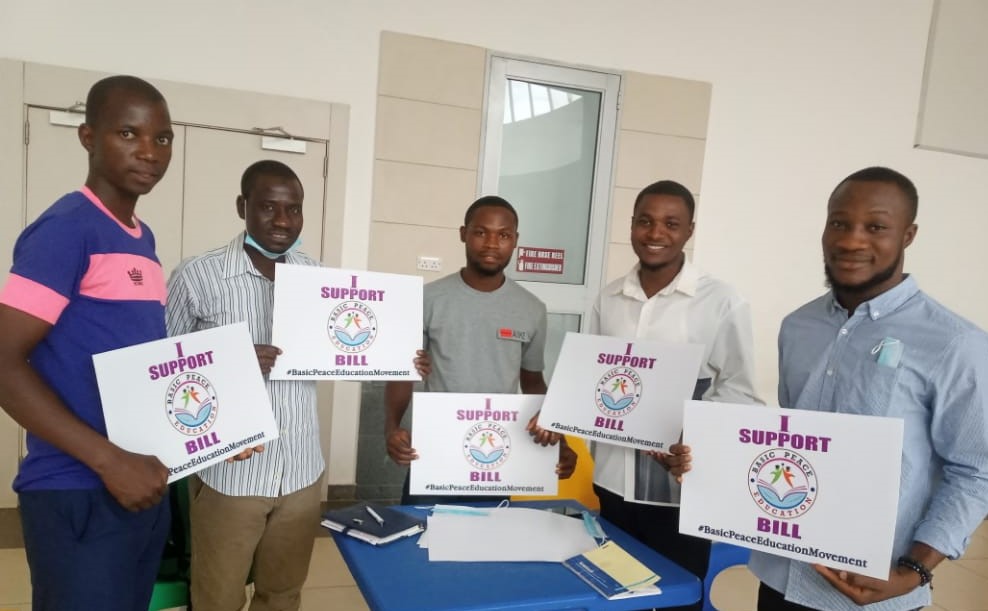 Convener of the movement Amb. Nworisa Michael made the disclosure at the formal launch of the #TeachPeaceEarly movement held at Shoprite on Saturday in Kano.

Speaking at the event, he said: “Following the continuous threat to peaceful coexistence in our society, it is expedient that an initiative as the Basic Peace Education be considered and taken seriously so as to curb these threats and salvage the future.”

According to Michael, children tend to become what they see, hear and do. So, teaching them all that they need to know about living peacefully with fellow humans at an early stage of their life would have great impact than when they’re already grown into full adults.

“While children learn and practice with instruments of violence such as toy guns, machetes and a host of others, which sadly enough is often purchased for them by parents/adults, but hardly does anyone dedicate time to teach them about peace. Hence, the need for this movement and God’s willing it will see the light of the day,” he added.

The movement is of the view that strategies like the integration of peace education contents such as human rights, value systems, inter tribal marriages, and Nigerian languages into the social studies curriculum would go a long way in promoting the culture of peaceful co-existence among youths.

Amb. Michael said adding other peace education concepts to the already existing social studies curriculum while working on integrating basic peace education to the syllabus is a good strategy, he recommended.