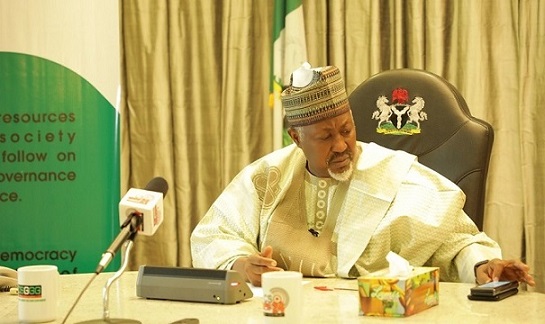 Nigerian Labour Congress (NLC), Jigawa State Chapter has called on the state government to investigate the alleged employment syndicate within the local government service commission of the state.

The NLC Chairman in Jigawa, Comrade Sunusi Alhassan made the call while delivering his speech at annual workers day celebration held at the Sir. Ahmadu Bello Hall in Dutse capital.

Comrade Alhassan stated that, there is an alleged gross abuse of due process in the issuance of appointments and promotion of staff in some ministries and parastatal with particular reference to Local Government Service Commission.

“I want to call the attention of his Excellency to happenings at the state local government service commission where appointments and promotions are conducted in gross disregard to due process and public service rules,” he stated.

Comrade Alhassa also called on the governor to consider recruitment of more staff particularly in other fields other than education and health so as to ensure the sustenance of the state and local government contributory pension fund which he said is fast dwindling as a result of frequent retirements and lack of employment in the state.

In his speech, Governor Badaru Abubakar directed for the immediate investigation into alleged employment syndicate within the local government service commission of the state.

He and assured that he will not spare anyone found culpable no matter how highly placed he may be.

The Governor also reiterated his commitment to the payment of workers salary, pensions and other entitlements as Jigawa has enough money to take care of that despite the warning that there may be zero Federal allocation in subsequent months.