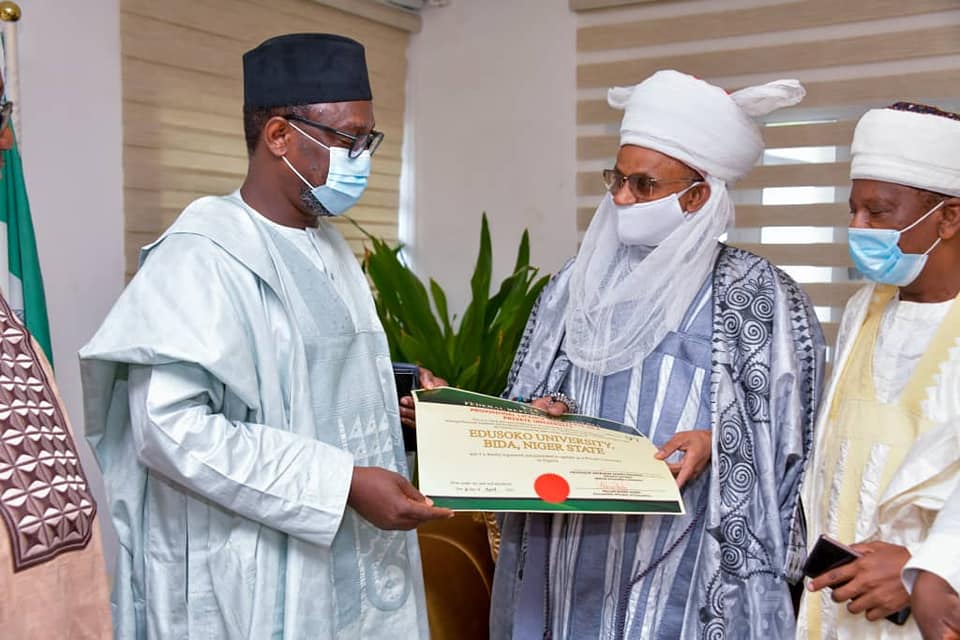 Governor Sani Bello stated this when the Chairman, Boad of Trustees Edusoko University, Etsu Nupe HRH. Alhaji Yahaya Abubakar and his entourage paid him a courtesy visit at the Government House, Minna.

He said there are many students seeking university admission, which he believes Edusoko University will help in absorbing them.

The governor commended the foresight of the Etsu Nupe, for establishing the university, and expressed optimistic that the University will go a long way in producing graduates with the required skills and knowledge needed to improve the society.

A statement by the governor’s spokesperson, Mary Noel-Berje said the Chairman, Board of Trustees, HRH, Alh. Yahaya Abubakar were at the government house to present the license given to the institution by the National University Commission (NUC) to operate degree programs as a private University in the State to the governor.

The traditional ruler noted that the university will help to solve the problem associated with low human capital development index in the country and reduce youth restiveness by offering them admission within the fields of their operation as approved by the NUC.

He told the Governor that the University has commenced admission process of 100 level students through JAMB.

The Etsu Nupe appreciated the role played by the state Governor in the take-off of the university and urged for continued support.