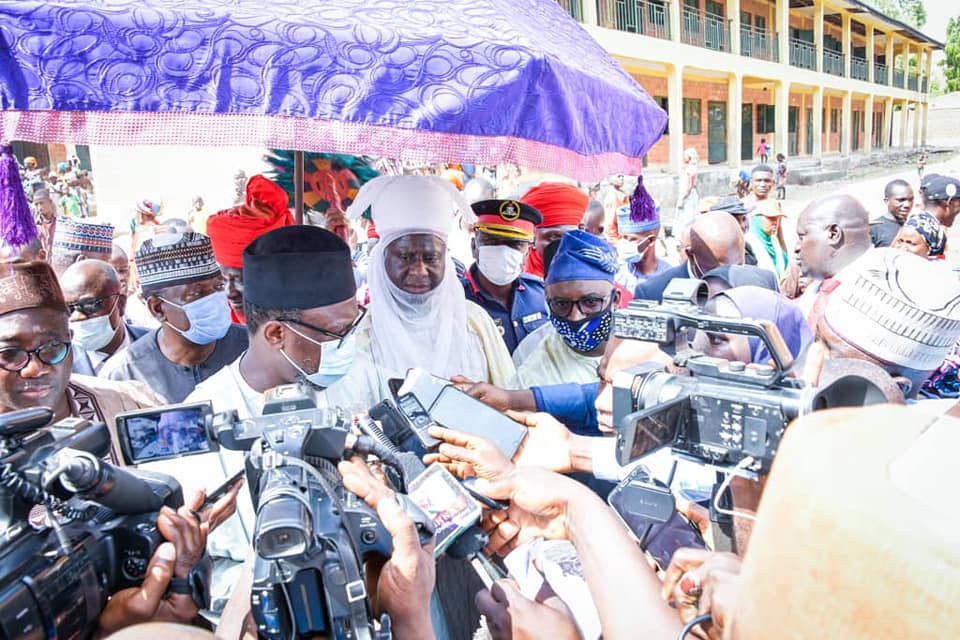 The presence of Boko Haram in Niger State has been confirmed in Kaure, Shiroro Local Government Area with the hoisting of their flag.

This was contained in a statement, Monday, by the Chief Press Secretary to the Governor, Mary Noel-Berje

According to the statement, Governor Abubakar Sani Bello while on a visit to over 3000 Internally Displaced Persons (IDPs) from Shiroro and Munya local government areas taking refuge in Ibrahim Badamasi Babangida (IBB) Primary School Minna confirmed their presence.

“I am confirming that there are Boko Haram elements in Niger state, around Kaure.

“I just heard that they’ve already hoist their flag in Kaure, which means they’ve taken over the territory and this is what I have been engaging the federal government with and unfortunately it has now gotten to this stage that if care is not taken not even Abuja is safe,” he said.

The governor who decried the security challenges in the State, expressed concern over the manner at which wives of the locals have been taking over by Boko Haram members.

He said “Boko Haram elements are trying to use these areas as their home just like they did in Sambisa.”

The Governor said the situation calls for collective efforts by all and sundry pointing out that Government has been taking steps and will not relent on its efforts to curb the situation.

He said though he has not lost hope in the Federal Government, he is not going to wait anymore, adding that time has come to see reasons for a coordinated military action to take place.

“I have not lost hope from the federal government but I am not waiting for anyone anymore”, he added.

Bulus Asu a resident of Kuchi in Munya LGA while explaining their ordeal, said that the entire Kuchi has been deserted in the past three months.

Asu added that they were entering Niger State territory from Kaduna through Kapana village kidnapping people and raping women.

He mentioned Kuchi, Guni, Gini, Chiri, Fuka and Kapana as villages among others that have been faced with banditry issues for the past three years.

Asu who commended the Emir of Minna, Alhaji Umar Faruk Bahago for taking care of the IDPs in the IBB primary school called on the State government to intensify efforts and evolve measures that will deal with the situation faced by the people.