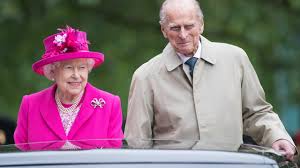 A statement issued by the palace just after midday spoke of the Queen’s “deep sorrow” following his death at Windsor Castle on Friday morning.

The Duke of Edinburgh, who was the longest-serving consort in British history, had returned to Windsor on 16 March after a month in hospital.

“It is with deep sorrow that Her Majesty the Queen announces the death of her beloved husband,” the palace said.

“The Royal Family join with people around the world in mourning his loss.”