Abuja-Kaduna Train Service and the Gains of E-Ticketing 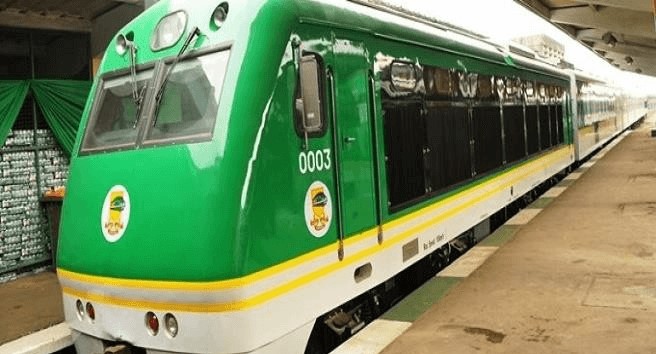 The Abuja-Kaduna highway over the past few years has become infamous for persistent insecurity characterized by daredevil kidnapping, armed robbery and avoidable accidents due to dilapidated nature of the road. Consequently, regular commuters plying the route have avoided it like a plague and free movements of goods and sundry services between Abuja-Kaduna – Northern and Southern part of the country – have also been affected negatively.

As expected, the Abuja-Kaduna train service witnessed an upsurge in patronage by the rich and mighty, and even the middle class and poor who had to cough out extra cash for fear of going by road. This provided the perfect avenue for a multi-million-naira ticket racketeering syndicate, which also involved staff of the Nigeria Railway Corporation (NRC). Thereby making life difficult, particularly for those who could not pay the illegally-inflated price of the ticket.

The point of ticket sale was usually an ugly site to behold as it was characterized by unending queues, chaos, rowdiness, insults, test of strength and avoidable fights by desperate passengers. More annoying was that the sale of tickets ended as soon as it starts. For coaches that have the capacity to take hundreds of passengers, usually the sale is declared closed after a few on queue obtain tickets. Many passengers who due to the desperate need to catch up with commitments end up being admitted with the only option of standing through out the trip.

The disturbing situation elicited widespread criticisms from critical stakeholders who were worried about the hardship passengers had to go through just to get the train tickets, leading to inconvenience in the overcrowded coaches. It was in this light that in the 8th Assembly, Honorable Sadiq Ibrahim Dasin, representing Fufore/Song, raised a motion on the ugly state of the train services and made a case for the introduction of e-ticketing to address ticket racketeering.

He posited and rightly so that, “the trains have only four policemen on duty and do not carry firearms at the moment, while the staff are alleged to be in the habit of ticket racketeering.” He further complained that, “those tickets are numbered with biro and on a number of occasion I have seen passengers with double numbers.. they will be fighting over the same ticket.. because they are written with biro, it might be pure human error or as a result of corruption.”

He then suggested that, “the NRC should be made to outsource its ticketing so that from the company that produce the ticket the numbers will be there.” Also, according to him, the tickets should be sold online as so many persons are recircling the same tickets. He concluded by calling on the committee in charge of land transport to look at the issues and nip them in the bud.

His submission on the floor of the House of Representatives sparked the debate which led to the advocacy for the introduction of e-ticketing on the Abuja-Kaduna route.

Furthermore, due to the alleged conspiracy and complicity by the staff of Railway Corporation, the suggestion that it should be outsourced to the private sector was timely. This position by the representative was the amplification of the opinion of thousands of passengers who were paying the agonizing price of a corrupt and analogue manual ticketing system.

The advocacy yielded the desired result and cautious jubilation followed when NRC Managing Director, Fidet Okhria, announced the test run of the e-ticketing system along the route.

“We have commenced the e-ticketing for the Abuja -Kaduna train service today. We intend to test-run this process for about a week after which the formal inauguration will be done at the Ministry of Transportation on Jan. 20. The essence of this e-ticketing is to enable people access tickets easily with fewer hurdles and especially during this period of social distancing due to the COVID-19 pandemic”, he stated.

Similarly, the Minister of Transportation, Rotimi Amaechi, had also announced on his official Social Media handle that the Federal Government launched a N900 million E-Ticketing platform for the Kaduna-Abuja rail services of the Nigerian Railway Corporation, disclosing that the platform would enhance efficiency, save time, and promote accountability, as well as reduce leakages and promote economic growth.

The minister further gave details that the platform was a PPP valued at N900 million, stating that the concessionaire, Secure ID Solutions, would provide and manage the system for 10 years in a bid to recoup its investment before handing over to the NRC.

Since the e-ticketing platform was launched there has been orderliness in the process of purchasing tickets, improved passengers’ convenience and safety. It has also ensured proper data management of all passengers boarding the train for easy identification during emergencies and for other security purposes.

As at today, the passengers are strictly required to check in with a government-issued photo ID (e.g., driver’s license, passport) to receive their boarding pass.

It is obvious that passengers are now more satisfied, given the convenience with which they book and access the train services with ease. Both the high and mighty, and the middle class and poor now have equal access to tickets. A passenger recently shared an exciting experience of how a Major General had to be turned away by the Company’s agent, despite all effort at intimidation and persuasion from the Station Manager.

This is really heart-warming. However, there must be strict supervision to ensure seamless service delivery by the concessionaire, so that the standard does not drop. Also, some internal arrangement should be made for passengers who fail to meet up with the time limit for the sale of tickets, as many due to network challenges often fail beat time of departure.