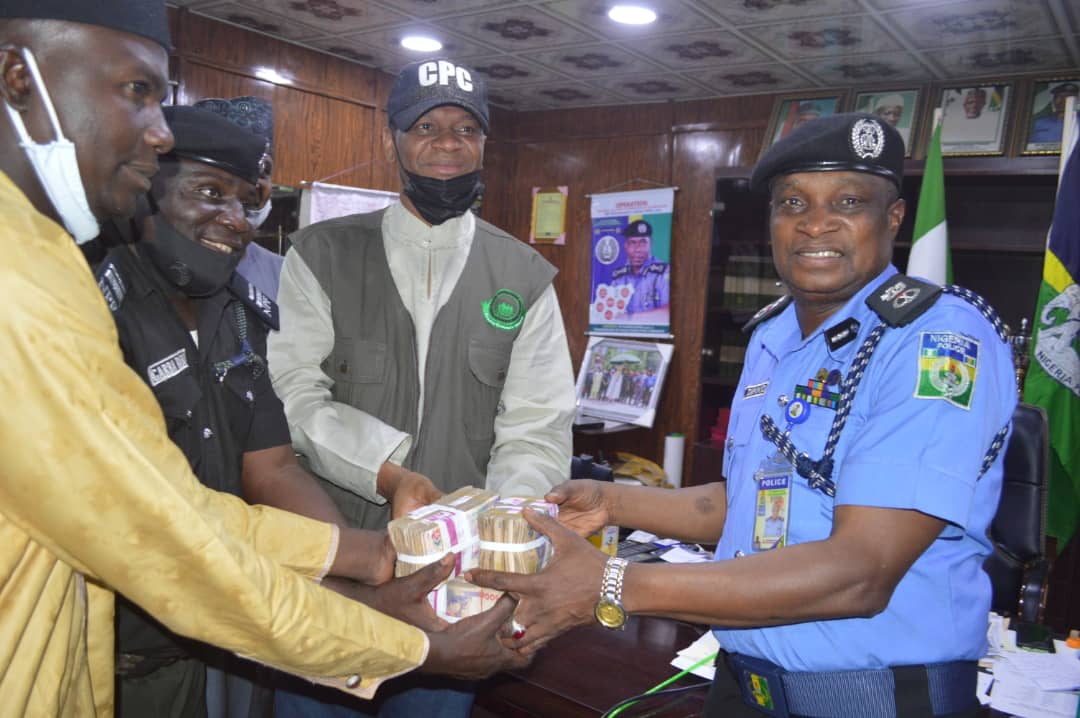 “It was in the course of their operation they received information that expired goods worth billions of Naira were kept in a warehouse in Kano metropolis.

“The task force team stormed the warehouse, where one million Naira was offered as bribe. They rejected the bribe, recover the expired goods, the money as exhibit and arrested the suspect,” he said.

He said the Council has decided to reciprocate the good conduct of the policemen by presenting the them gift of one million Naira.

Baffa Dan’agundi then called on the general public to continue to support the Police and appreciate those with outstanding performances.

CP Sama’ila Shu’aibu Dikko, fsi after presenting the sum of One Million Naira (N1,000,000.00) to the personnel also called on the good people of the State and other Officers to emulate the behaviors displayed by these personnel.

Buba Marwa and The Bad Guys

Political Parties Sign Peace Accord Ahead of Sokoto Council Polls