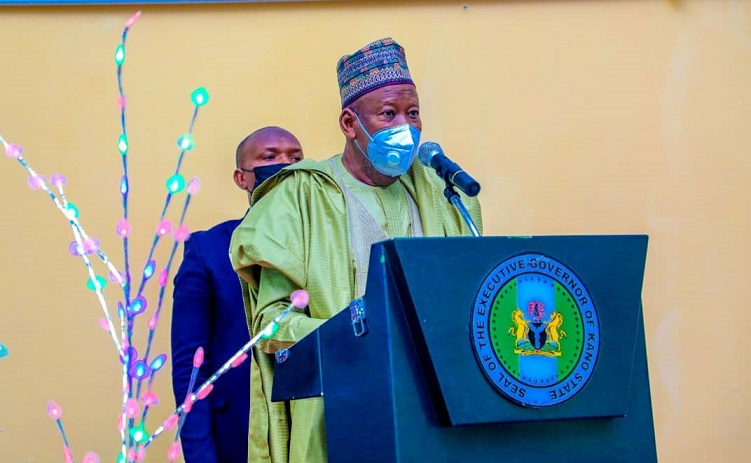 In an effort to enhance and consolidate the security situation in Kano markets, which eventually helps in making businesses safer in the state, Governor Abdullahi Umar Ganduje reveals that, “Modern security gadgets will be installed in markets.”

“The security gadgets could easily and sharply identify those taking weapons, if there are, and other dangerous items- as the case may be – in markets. In case that could happen, May Allah forbid. They will be identified from the entrance,” he explains.

He made the disclosure as he declared opened Seven-Day Retreat for the Development of Draft Sectional Titling (ST) and Systematic Land Titling and Registration (SLTR) Law, for Kano State, held at Manpower Development Centre, Dutse, Jigawa state, Thursday.

While appreciating the peace being enjoyed by the state in the last couple of years, he wishes that, “All we need to do is to stand up and make our state safer and safer at all times. May Almighty Allah continue to see us through.”

“Our markets need to be secured at all times also. We thank Allah that Kano is the one of the most peaceful states in the country.

As investors troop to the state and many more people for their legitimate businesses, it is therefore incumbent upon us to create more conducive atmosphere for businesses to continue thriving,” he said.

On the ST and SLTR governor Ganduje said “This idea is only complying with the global best practice. After all the deliberations and a final Draft is ready for legislative process, when it finally being passed into Law, our revenue generation drive will increase. And land management would be most effective and efficient.”

Jigawa State Deputy Governor extended the well wish of the Jigawa state government on behalf of the governor, who was unavoidably absent, as he was attending other crucial engagements outside the state.

In his brief remarks Speaker Chidari commends the governor for the initiative of this magnitude, “We are assuring His Excellency the Governor that, we at the House, will do the needful in passing this Bill you are developing here, into Law,” he assured.

“This will improve the revenue drive of the state. So that more developmental projects will come to our people at all levels in the state. Your Excellency take our words that, we will do our best to see that, this good initiative sees the light of the day,” he said.

Dr Zainab Ibrahim Braji, who is the Permanent Secretary of the State Land Bureau, said the aim of the Retreat was to prepare a working document that would be transmitted to the State Assembly for onward passage into Law.

The entire program, SLTR is a programme that is aimed at enlightening the public on the importance and benefits of land registration. Parts of the areas it wants to achieve are, “…making faster and easier registration of property, providing better land information, increase economic empowerment through enhanced access to financing, improve transparency of process, among others.”

Buba Marwa and The Bad Guys