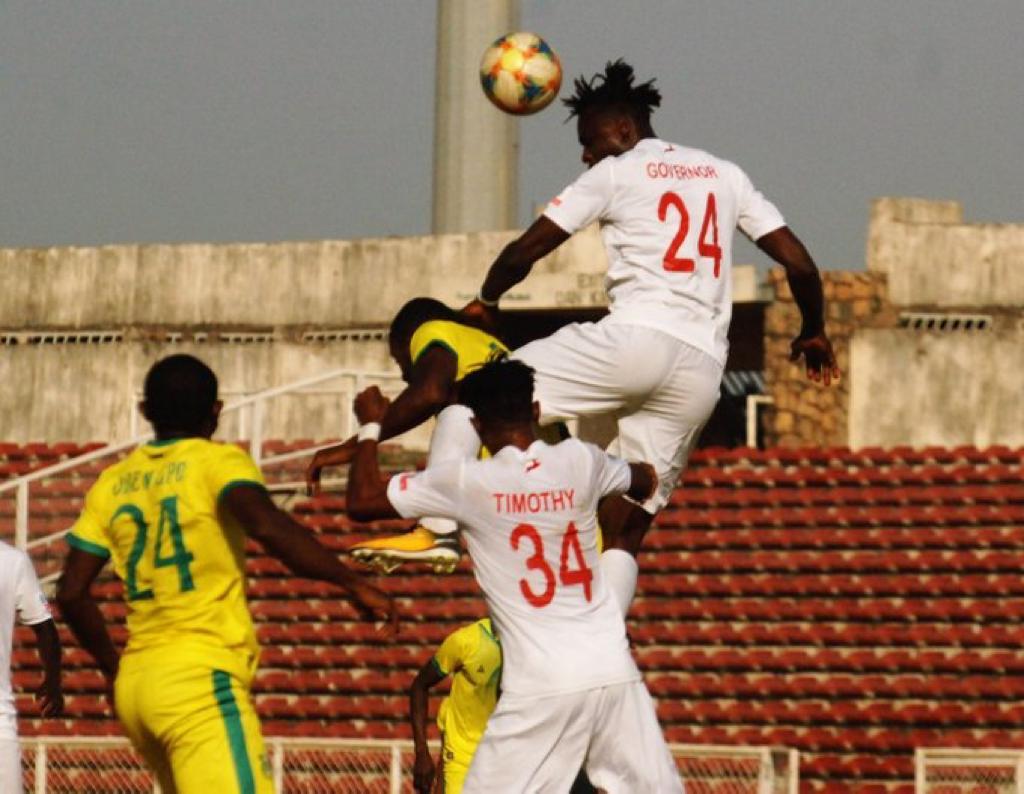 Kano Pillars trashed Kwara United Fc by two goals to nil in the match day 16 in the ongoing 2020/2021 Npfl season.

Both sides completed the forty-five minutes of the first half searching for a goal.

The second half started with the both sides in a high spirit.

Usman Babalolo completed the job at 90 +2 after the centre referee Ahmad Lamido from Yobe state added three minutes to end the game.

Babalolo scored the second goal with a header after he received a pass from Auwalu Ali Malam inside the eighteen-yard box of Kwara United Fc.

The Chief Coach of sai masu gida, Ibrahim A. Musa stood in as a commander of the side due to the unexpected resignation statement from the Technical Adviser of the Club, Emmanuel Lionel Soccia two hours before the match in Kaduna.

In the post match conference, Coach Ibrahim A. Musa thanked God for the victory and commended the players for playing according to his instructions.

Coach Ibrahim said they studied the errors they encountered on match day 15 against Abia Warriors Fc where pillars lost 4-1 and corrected them against Kwara United fc and it yielded a positive result.

He said now all focus have been shifted to match day seventeen against Wikki Tourists Fc on Sunday at Abubakar Tafawa Balewa Stadium Bauchi where they are going for maximum points in order to consolidate their efforts in making government and good people of Kano state happy at the end of the season.