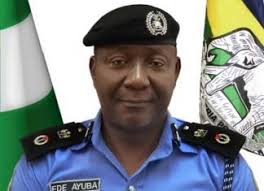 The Police Command in Kogi has pledged to collaborate with the Incorporated Board of Trustees and Caretaker Committee of Igala Cultural Development Association (ICDA) to stem the raging criminality in Kogi East Senatorial District.

Commissioner of Police in the state, Mr Ede Ayuba, disclosed this when the BoT Chairman and Secretary, Dr Simeon Oyiguh and Mr David Inah Ogu respectively, led other members of the board to pay him a courtesy visit at the command’s headquarters on Thursday in Lokoja.

Ayuba said the command was ready to work with the ICDA security outfit, “Kogi East Neighbourhood Watch” to fight crime and criminality and ensure sustainable peace in the area.

He said that though cases of kidnapping, incessant armed robbery and banditry had hitherto inundated the state, the spate of criminality had been brought under control.

He said that the command was aware of the internal squabbles in the socio-cultural organisation.

The commissioner noted that the command was painstakingly investigating allegations of impersonation, forgery and others brought before it against former ICDA President, Sadiq Amodu Abubakar.

He commended the ICDA BoT chairman, Dr Simeon Oyiguh, for his relentless efforts at strengthening intelligence network toward nipping the security situation in Kogi East in the bud.

He said that a special squad created by the Inspector-General of Police had taken position in some strategic areas, aside their presence in each of the 21 Local Government Areas in the state to ensure effective community policing.

Speaking earlier, Dr Oyiguh commended the commissioner for the efforts of the command at ensuring due diligence in handling the issues with the Igala Area Traditional Council.

Oyiguh said that the courtesy visit was to enable him to present the members of the BoT and Caretaker Committee of the ICDA led by Chief Sam Oyibo, a retired Director of the Federal Civil Service, to the Command headship.

He said that the caretaker committee was carefully selected to address series of issues including the security situation and as well, midwife a successful election expected to usher in a new set of executive committee with adequate knowledge of the law of the land.

He urged the Commissioner to direct the Area Commander and DPO, Anyigba, to provide security as the ICDA Caretaker Committee commences public interactions on constitutional amendment, and subsequently conduct election at the Igala Unity House.

With Your Small Initiative, You Can Be Next Dangote