Cutting Your Nose to Spite Your Face 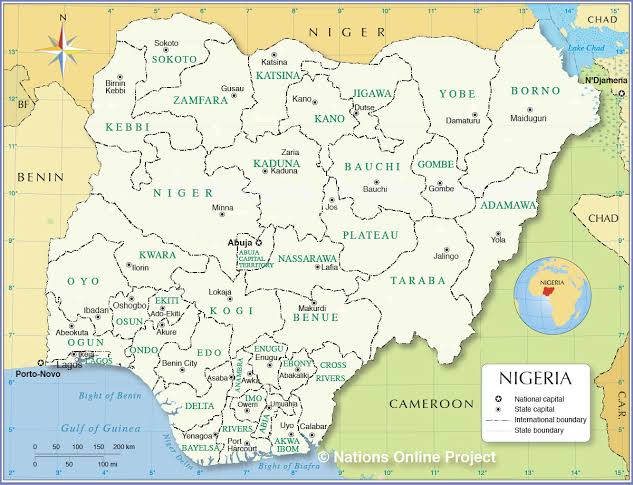 When a targeted people can afford N1 million for off-season ram it simply means they can afford it. This is what bankers call liquidity. Then the incentive to be a blockade buster from the North therefore increases. This is what economists call opportunity.

I have carefully looked at the map of Nigeria and have come to the realization that any food blockade cannot be effectively imposed in the long term. First, Kwara, Kogi, Benue and Taraba are not so-called “core” Northern states and therefore more likely to be blockade busters.

That however does not mean the blockade has not been effective for instance in Lagos which accounts for an estimated 50% of all food from the North;

What are the fundamental issues at stake?

The food blockade is a culmination of; “the strike action embarked upon by the cattle and foodstuff dealers under the aegis of the Amalgamated Union of Foodstuff and Cattle Dealers of Nigeria (AUFCDN)”

AUFCDN, is an affiliate of the Nigerian Labour Congress (NLC) led by Dr. Muhammad Tahir. I have seen a 13-minute video taken by a Voice of America (VoA) Hausa service correspondent where he gave details of the background leading to the blockade.

“commenced a nationwide strike last Thursday following the expiration of a seven-day ultimatum given to the federal government to attend to their demands.

The Union is demanding protection of its members, and payment of N475 billion compensation for lives of members and properties lost during the #EndSARS protest and the Shasa market crisis in Ibadan.”

This is serious. That AUFCDN gave a week’s ultimatum to the entire nation before embarking on a food blockade is even more serious.

It clearly exemplifies a downright absence of proactive leadership in Nigeria.

For now, AUFCDN has won the battle for national attention. But will they eventually will the war?

I have my doubts.

When Benue and Taraba banned open-grazing the presumption was that meat scarcity would follow due to cattle flight. It didn’t.

These same states form a border with the South.

In addition to Kwara and Kogi including Plateau they did not tow the line of the rest of Arewa in trying to save the now rested Bank of the North (BoN) from collapse. Simply put Northern solidarity is not cohesive as it appears.

This does not however mean that AUFCDN members did not equally suffer losses during the EndSARS protests and Shasha.

However, as Eneke the bird would say;

“since men have learned to shoot without missing, he has learned to fly without perching”

Whereas the quote is about people learning to adapt to society when something changes, Chinua Achebe contextualized it on how; “Nwakibie lends Okonkwo yams for sharecropping. Since he has become rich, many young people ask Nwakibie to lend them yams. Nwakibie adapts by only lending out yams to those that will prove to be a good investment, those that will work hard and create a good harvest.”

It is against this background that will be an increasing economic alliance between the South and Middle Belt to buffer the far North against any future food blockade. Political realignment would naturally follow.

This is what strategists refer to as temporary crisis with permanent opportunity that would further exacerbate poverty in the far North thereby increasing insecurity.

Another of Eneke the bird’s context was when;

“Okika addresses the village during the final meeting, advocating for standing up against the colonists after they have infiltrated their society. It is a sin to kill a clansman. However, with clansman joining the other side, if war broke out, it would be a necessity.”

The moral here is for all Nigerians;

“We must learn to live together as brothers or perish together as fools” – Martin Luther King Jr.