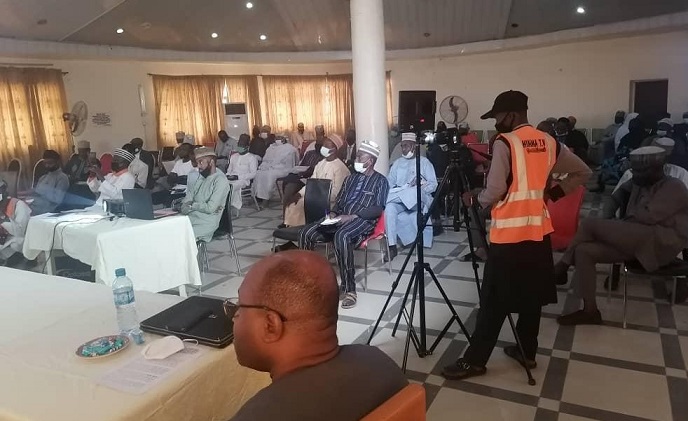 Nigerian Export Promotion Council (NEPC) confirmed that demand for Nigeria agricultural products increased in the world market but lack of effective investment in the sector hinder the nation from utilizing the full economic opportunity.

The Chief Executive Officer of NEPC, Mr Olusegun Awolowo revealed this while delivering a keynote address at the opening session of a 3-Day capacity building workshop organized by the council for SMEs.

Mr O. Awolowo stated that agriculture which employs more than 70 percent of the Nigerian population is long overdue for massive investment in order to boost the nation’s economy.

“Nigeria is one of the countries with huge potential in agriculture and the world market is in need of the products.”

According to him, Nigeria is rated as number one world wide in the production of seven agro commodities which include sheanuts, cassava, sorghum, yam, kolanuts and cocoyam and have huge potential in the production of rubber, cotton, soya beans, cashew nuts, ginger, cocoa beans, sesame seed, chillies pepper, palm and palm products.

He then faulted lack of enough and effective investment in the sector as major challenges hindering the Nigerian agricultural produce from meeting the global market standard which consequently denied the country access to huge revenue and foreign exchange.

He said, investment into Small and Medium Agro- allied companies would significantly help Nigeria to be exporting processed commodities that would give additional value chain and enhance export revenue in addition to stimulating the economy.

Mr Awolowo stated that the workshop was part of the council’s effort to fulfil its mandate on developing and promoting non oil exports to achieve economic diversification agenda.