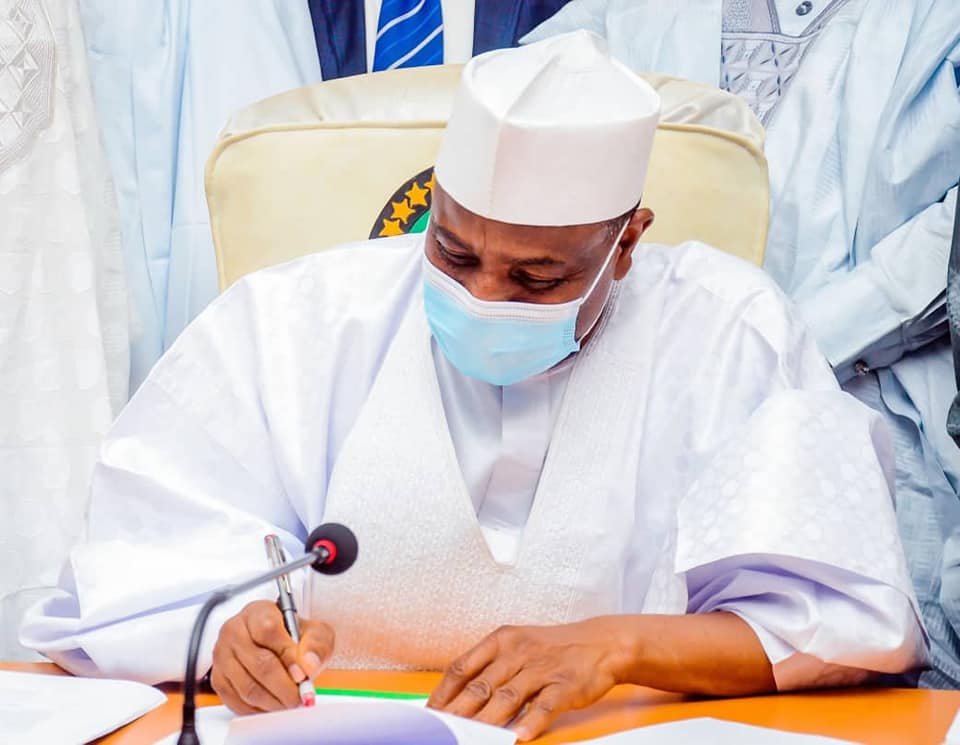 Sokoto State Government has closed all boarding secondary schools outside the State Capital.

The Secretary to the Sokoto state Government (SSG), Malam Sa’idu Umar stated this shortly after the meeting of the state security council chaired by the Governor, Aminu Waziri Tambuwal at Government House, Sokoto.

He said the decision was taken after the Commissioners of Basic and Secondary Education, Muhammad Bello Abubakar, Science and Technology, Kulu Haruna and Religious Affairs, Abdullahi Maigwandu briefed the council on the security situation of the schools.

After the briefing, the council deliberated on the issue based on the information available to them and there after, the council unanimously agreed to shut boarding schools outside the state metropolis to avert any security breach that will embarrass the state, parents and the general public.

The SSG said the schools would be closed for one week during which proper review and security arrangement would be put in place.

He said during this period students and teachers would be relocated to their localities to study and work as day outfits, stressing that the state government would supervise the exercise properly and ensure that there is quality assurance and security during the exercise.

He added that if the security situation improves the students and the teachers would be relocated back to their schools.

Kebbi Versity Shut Indefinitely, as Student Went on Rampage Over Death of Colleague