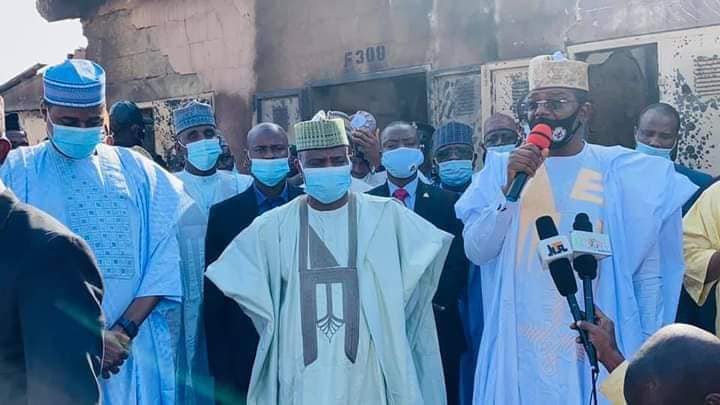 Governor Matawalle who commiserated with the government and people of Sokoto state over the recent fire disaster at the Sokoto Central market said when the incident occurred, he was away for medical check up.

He said Sokoto and Zamfara states are all the same, thus what concerns Sokoto people also concerns those of Zamfara. “I am here on behalf of myself and the government of Zamfara state. We are here to commiserate with the Governor and Sultan Muhammad Sa’ad Abubakar over the incident,” he stated.

He described the incident as a great loss not only to Sokoto state but Nigeria and the West Africa sub region; while praying to Allah to prevent future occurrence and compensate the victims.

Responding, Governor Aminu Waziri Tambuwal thanked the Governor for the visit and concern.