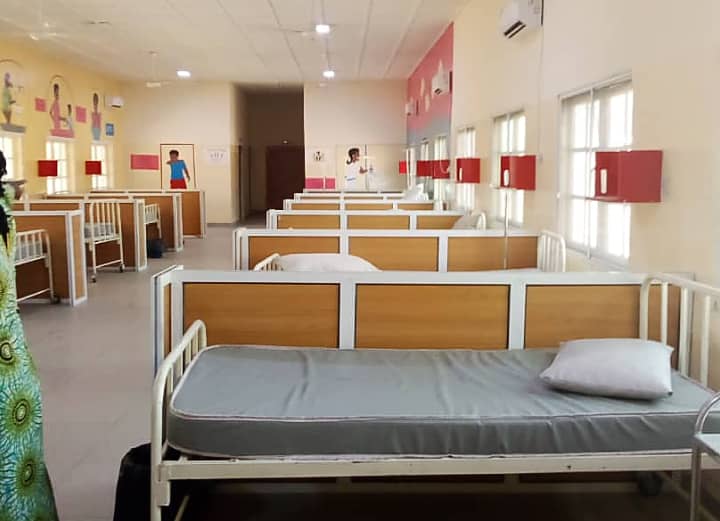 The Nigeria Centre for Disease Control (NCDC) established to lead the preparedness, detection, and response to infectious disease outbreaks and public health emergencies, in what appears a shocking example of corruption that has helped undermine the country’s ability to achieve healthcare delivery has been caught in the act of corruption.

The Centre that is currently playing a dominant role in the fight against the coronavirus awarded the establishment of COVID-19 Molecular Laboratory Testing Centre in Adamawa State, northeast Nigeria at the cost of N43.5 million to a non-existing company.

Under the deal, NCDC awarded the contract to M/S Malina Pharmaceutical Limited, a company that is fake and never existed, MAWA Foundation investigation has revealed.

Budeshi, a web platform that links budget and procurement data to different public services using the Open Contracting Data Standards, had last year published how the NCDC expended the sum of N43.5 million for the establishment of Molecular Laboratory Testing Centre in Adamawa State, using M/s Malina Pharmaceutical Limited as a contractor. A publication that triggered MAWA Foundation interest leading to an investigation that has since revealed NCDC awarded the contract to a fake and non-existing company.

MAWA Foundation investigating the deal, using the Freedom of Information, wrote a letter to the Corporate Affairs Commission (CAC), asking it to provide her with the names of the individual owners of M/S Malina Pharmaceutical Limited and its office contact address, a company NCDC claims it awarded the contract.

The CAC in a response to MAWA Foundation FOI request, in a letter dated 22nd day of December 2020, signed by Maimunat Aliyu, said there is no record of M/S Malina Pharmaceutical Limited readily available as a registered entity.

It however asked MAWA Foundation to forward any other available document at its disposal to help investigate the company further.

MAWA Foundation while investigating the deal further, using the FOI wrote to NCDC on the 16th day of December 2020, asking it to provide her with the report of procurement /tender bid leading to the selection of M/S Malina Pharmaceutical Limited for the award of the contract.

A request NCDC has since refused to respond to despite a follow-up letter it received on the 18th day of January 2021.

When MAWA Foundation sought NCDC explanation regarding a response to the FOI, an official who is in charge of mails at the NCDC Director-General office, said the centre has no response.

This is even as NCDC official, who did not want to be mentioned, told MAWA Foundation that there was no procurement process followed in selecting M/S Malina Pharmaceutical Limited for the contract. He, however, accused the NCDC senior officials of breaching the procurement process and awarding contracts to their friends. An action he has since called on the anti-graft agency to immediately investigate and prosecute those that are culpable.

Having realized that the COVID-19 Molecular Laboratory Testing Centre in Adamawa State is for the sole purpose of containing the coronavirus which is a public health issue, MAWA Foundation using the FOI, on the 16th day of December 2020, wrote to the Ministry of Health through the Permanent Secretary, asking it to provide same information it requested from the NCDC.

In its response to the MAWA Foundation FOI request, the ministry of health in a letter signed by Mr. Muhammad Diri, the Director of Legal Services, appealed to MAWA to be patient while promising to respond accordingly when it finalizes. Worse still, the ministry did not give an exact time when it will respond.

MAWA Foundation in the month of January visited Yola, the Adamawa state capital to inspect the COVID-19 Molecular Laboratory Testing Centre, NCDC claims to have established.

During the visit, health officials who spoke to MAWA confirmed that the NCDC has no and did not establish any testing centre in the state, but said there is a collaboration between the state and federal government on COVID-19.

Some of the officials at the Specialist Hospital and Federal Medical Centre Yola, who took MAWA Foundation round the COVID-19 facility, disclosed that the centres were established by the state government and not the NCDC.

MAWA Foundation found that despite the NCDC’s claim it has spent the sum of N43.5 million to establish COVID-19 testing centres in Adamawa, Mr. Peter Makanto, a Bishop in Upper Room Cathedral Yola donated a 50-bed space for the coronavirus patients to the state government.

A senior official at the Federal Medical Centre told MAWA Foundation officials at Yola, they are aware that NCDC exists but denied effective collaboration with them.

An official of the Adamawa state COVID-19 taskforce team who did not want his identity disclosed, told MAWA Foundation at Yola that the NCDC did not establish any COVID-19 in Adamawa state, and has since challenged the NCDC to disclose a location it established a testing centre in the state to fight the coronavirus.

Some medical personnel at the Specialist Hospital and FMC, who spoke to MAWA official in Yola, said they are aware of the collaboration between the state and federal government in the fight against COVID-19, but they are not aware of any COVID-19 centre established by the NCDC.

In the two COVID-19 Centres visited by the MAWA Foundation official, there is no single patient found as the officials claimed they have all recovered and have been discharged.

Mr. Philip who does not want his name mentioned, while speaking MAWA Foundation, disclosed that a good number of the ad hoc health workers in the Adamawa State COVID-19 isolation center were not paid for three months – from September to November last year and were asked to stop work in December.