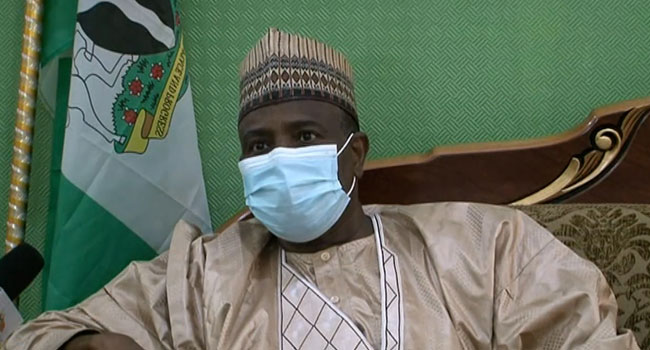 The swearing ceremony was held at the Council Chamber, Government House, Sokoto.

In his remarks at the ceremony, Governor Tambuwal commended the State Judicial Service Commission (JSC) under the leadership of the state Chief Judge for a rancour free process on the emergence of new Grand Khadi.

He also thanked the National Judicial Council (NJC) for approving the state’s government recommendation of the appointment of Khadi Shua’ibu to be a Grand Khadi.

The Governor also thanked the leadership and members of the Sokoto State House of Assembly (SOHA) for a smooth process in the appointment.

While congratulating the new Grand Khadi for attaining the viable position, the governor appealed to him to be just and fair in the discharge of his duty.

Tambuwal added that, his administration will continue to give the judiciary and legislature the support and cooperation required for the betterment of the state.

The complexes under construction are nearing completion and will soon be commissioned, the governor said.