Now that PMB has Replaced the Service Chiefs 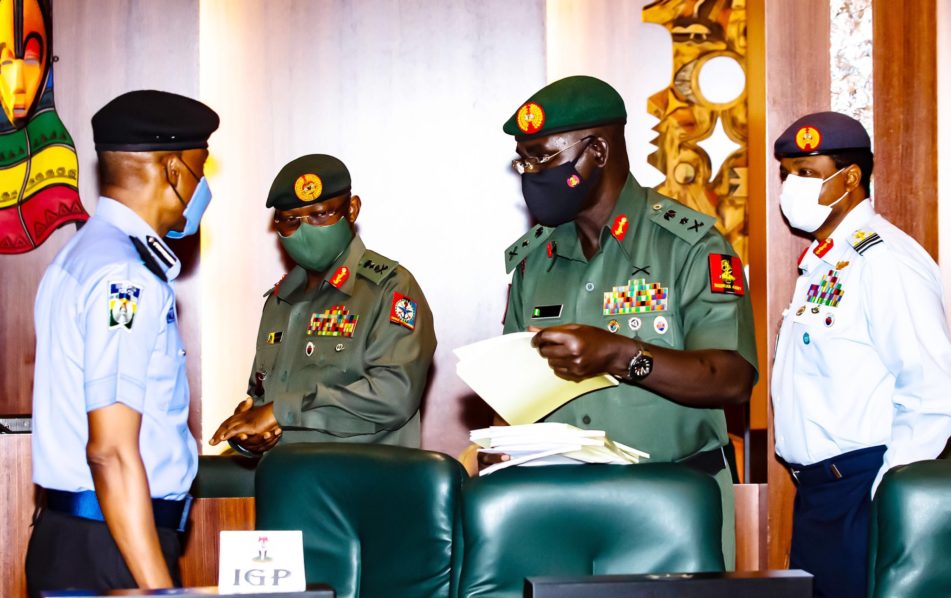 At an early stage, the former service chiefs boldly declared that the militants had been “technically defeated.” This acclaimed victory came with the renewed wave of attacks by the insurgents on soft targets.

The appointment of the new service chiefs came at a period when the country is facing serious security challenges.

Definitely Nigerians have received these changes as something long overdue. recall that Mr. President expressed his dissatisfaction with the performance of the former Service Chiefs when he told them Point-Blank that their “best is not good enough, the National Assembly too was not left out, they passed a vote of no confidence on the Service Chiefs. Talk less of ordinary Nigerians of all works of life who have been calling on the President to sacked the former the Service Chiefs for Non-Performance.

Challenge before the new Service Chiefs.

Much is expected from them, therefore is a need for them to hit the ground running. Nigerians expect a total Victory against all form of insecurity across the shore of the federation, not technical victory.

Nigerians want to see a different approach in terms of choosing the right personnel to dispense the responsibilities of safeguarding the country.

The intelligence gathering structures and efforts of nearly all the security agencies have almost made the fight against the insecurity ineffective, due to lack of critical role of intelligence sharing in the ongoing efforts to overcome security threats in the country.

There is also a need for the service chiefs to have good synergy between them and ensure professionalism in handling sensitive intelligence gathering’s as there is defficiency to coordinate sensitive intelligence; it will help reduce the infighting of supremacy witnessed between NSA and other security agencies.

Last year, there were trending videos include high-ranking military officer and some soldiers criticising former Chief of Army Staff, for not supplying them with needed weapons and ammunition to combat the terrorists, it contributed to the dismal performance of the ill-equipped and Ill-motivated personnel.

Therefore, the same mistake should be avoided and federal government should continue equipping the army, arrest and prosecute individuals found guilty of aiding and sponsoring of insurgents, kidnappers and bandits.

The service chiefs need to bear onerous task of restoring the nation’s security and be positioned to deal decisively with all forms of threats to security of the people considering their competence by virtue of their military trainings.

Chief of Defence, is a veteran and former commander of the counter-insurgency operation in the Northeast and Multinational Joint Task Forces, he has brought a feeling of optimism, particularly in the Northeast. He will need to focus on improving coordination between the Armed Forces in furtherance of military operations currently going on in the different geopolitical zones — comprising ground, air and naval components.

Alongside the capacity of the Defence Headquarters Special Operations Force. The Chief of Army Staff a one-time Theatre Commander, Operation Lafiya Dole, he will be facing a difficult task of rapidly rebuilding morale and recalibrating the operations of the army.

There is need for the army leadership to focus on welfare and begin immediate relief for troops in all theatres that have been deployed longer than two years. Rotate units first and then open a channel for individual soldiers or officers who may have been missed in the exercise to rotate out.

To achieve desirable result, they need to fix the operational tour to a minimum of one years in the country.

Overall, the military alone cannot provide long-term security and stability or replace the role of effective law enforcement and political will to solve the social, economic and developmental drivers and amplifiers of insecurity across the country.  Dukawa wrote in from Kano can be reached atabbahydukawa@gmail.com

Maximize the foods available to you by using savvy dieting techniques!