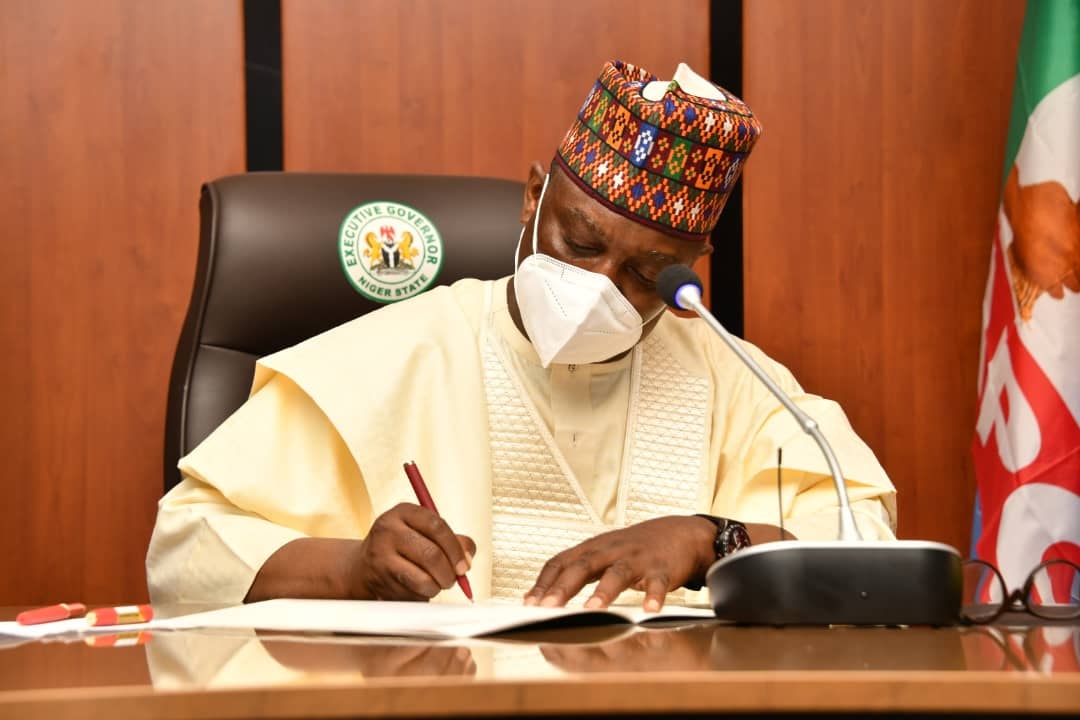 Governor Abubakar Sani Bello has directed the Commissioner for Justice and Attorney General of the State to prepare an executive order for the enforcement of compulsory use of face mask in the State following surge in the number of Covid-19 confirmed cases in the State.

The Chief Press Secretary to Governor, Mary Noel-Berje in a signed statement said the directive followed the wholistic briefing of the activities of the State Covid-19 Committee to the Governor, as well as the current situation of the dreaded pandemic in the State.

According to the statement, the governor said the order will take effect from Monday, of February 1, 2021.

Only essential workers should be allowed entrance in to Government House and other Public offices as determined by the Heads of Ministries, Departments and Agencies (MDAs).

He noted that lockdown is not an option for now considering the economic hardship, however, the use of face mask will be made compulsory and mobile courts will be established for the prosecution of violators which will include a fine of five thousand naira.

The governor also said the Committee should collaborate with all the security agencies including State traffic guards and other local security outfits in the State to ensure the enforcement of the executive order.

In the statement, Governor Abubakar Sani Bello emphasized the need for more rapid enlightenment campaign by all relevant organizations in the State using all the available media platforms as well as all the major languages in the State, on the need for people to be more conscious of the pandemic and take personal responsibility by observing all the laid down Covid-19 protocols.

He suggested that those coming to the State to demand for Covid-19 test should be charged the sum of 20 thousand naira.

Earlier, the Commissioner for Health Dr Muhammed Makusidi on behalf of the State COVID-19 Committee said so far, the State has a total of 695 confirmed cases spread across 22 out of the 25 local Government Areas in the State and 14 deaths, adding that out of 16 active cases, 15 are NYSC members.

The Commissioner who said molecular laboratory established at the Minna general hospital has being functional since September, 2020, enumerated some of their challenges to include public perception, non compliance to medical directives as well as sustainability of the laboratory which he said will cost a substantial amount of money monthly.