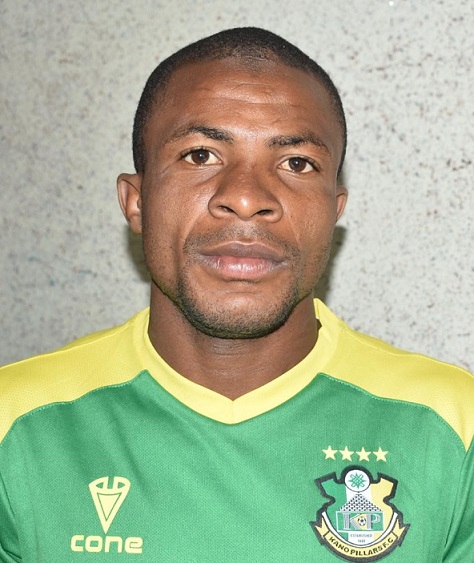 Kano Pillars Fc attacker, Abbas Rabi’u apologies to the players, technical crew management and entire fans of the club for his attitude that led him to get a red card in the match day six against Rivers United Fc on Wednesday at Ahmadu Bello Stadium Kaduna in the on going 2020/2021 Npfl season.

Abbas Rabi’u who is emotionally disturbed for the card urged the fans of the club to forgive him for the situation he put the team during the encounter.

He described the situation he finds himself when the centre referee Muhammad Nurudeen (FIFA) from Bauchi state shown him the matching order as unbelievable but latter he realised his mistake.

Thanked God we won the match but I’m very worry that I put my team in pressure for fifty-five minutes of play because of the second booking I got which led to red card, Abbas said.

He said he learnt a lot when he was sent off and rest assure, he will continue be patient before, during and after any game he found himself in future.

Abbas commended his team mates for sustaining the pressure and picketed the maximum three points against giant Rivers United Fc.

The spokesman of Kano pillars Fc Rilwanu Idris Malikawa confirmed that already the LMC has send Abbas Rabi’u’s suspension letter to the management of the club that he is going to miss the next match in the season.

Malikawa said with this development, Abbas Rabi’u will miss the match day seven against Akwa United Fc on Saturday at Uyo.

He also said the management of the club reminded the players of the club to remain focus and good ambassadors to the government and good people of Kano state.

Malikawa said the team arrived Enugu yesterday evening after twelve hours journey from Kaduna and are expected to be in Uyo the capital city of Akwa Ibom state, Friday, ahead of week seven encounter against Akwa United fc which will be live on NTA.