Over 4,000 Sickle Cell Patients to Access Free Healthcare Under BHCPF in Kano 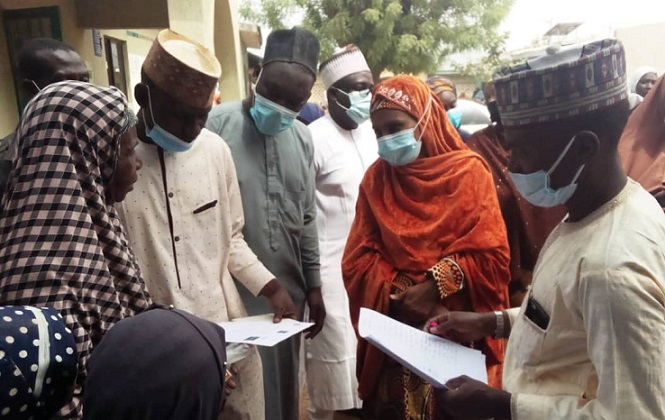 She said Kano state Government released funds for the provision of free Healthcare services to 10,000 pregnant women and 10,000 children under five years from the poorest and vulnerable families across the 44 LGAs.

She said: “We received the BHCPF from the Federal Government with Counterpart funds from Kano state government; we are expected to cover the vulnerable that are in the social register and has National Identification Number (NIN) in all the LGAs in Kano.”

In the selection criteria, preference is given to vulnerable groups cut across group of persons living with disabilities, sickle cell patients and people living with Human Immunodeficiency Virus) (HIV), Mijinyawa added.

“Each of the vulnerable groups are given a particular percentage for registration into the scheme,” she said.

KSCHMA is working with National Identity Management Commission (NIMC) and the coalition of people living with sickle cell to capture 4,000 of its members across the 44 LGAs.

The enrolment exercise for beneficiaries started from Kura and Bebeji local governments areas and will continue to cover the 44 LGAs in Kano.

Kano Dental Hospital, Tarauni LGA is one of the many registration centers in Kano.

At the center, people with sickle cell (women and children) in Tarauni who have NIN are registered; NIN registration is on-going at the center for those who do not have but are qualified to be captured.

Some of the vulnerable people already enrolled in to the scheme include orphans from the Nassarawa children Home, Torrey Home Tudun maliki, IDP camp mariri, Dorayi rehabilitation centre and Shahuci old people’s Home.

She said those registered stands to benefit from a package designed by the federal government which include illnesses that are common to the environment, services under primary and secondary care.

“Those registered stand to get access to these services free of charge, unlike the normal formal sector where 10 percent of the cost of the drugs are paid by the beneficiary,” she added.

He said the criteria for selecting beneficiaries for the intervention is done using certain indicators to qualify a patient, this includes type of food they eat, drugs, hospital they attend and how frequent do they get drugs.

He added that the first batch of exercise is targeted at 1,11 persons living with sickle cell in Tarauni LGA; he described the intervention as a timely.

Farida Faisal, a mother of a beneficiary in Tarauni LGA said she got the information of the exercise from Hasiya Bayero Pediatric Hospital in Kano Metropolis.