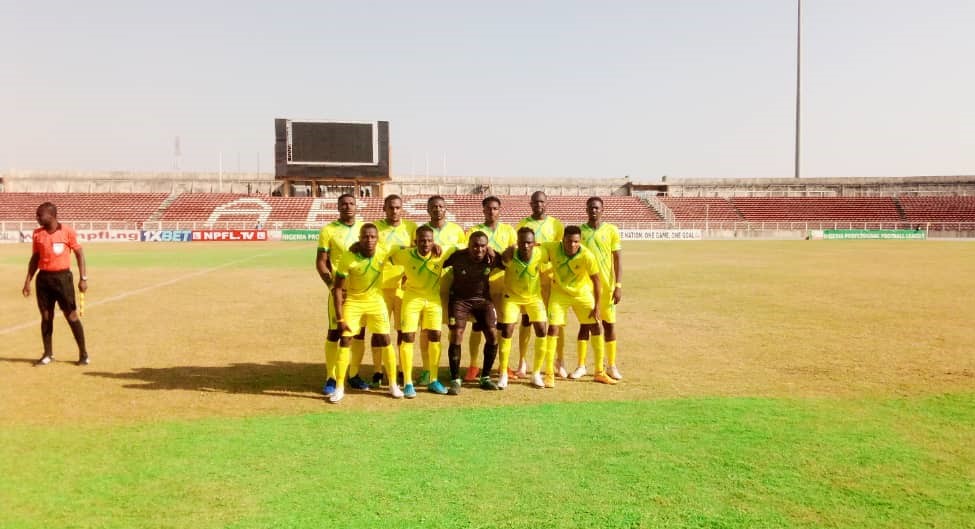 Nwagua Nyima scored the only goal in game with rebound from the Rivers United Fc goalkeeper Theophilus Afelokai in the twenty minutes of the game.

At the fifty-five minutes of play Kano Pillars Fc was down with one man (Abbas Rabi’u) who got a red card for handling the ball in side the box.

“I really appreciate the commitments of my players today and they deserved to be commended because the game is a big game and they justified the confidence reposed in them,” Coach Emmanuel said.

Nyima Nwagua pledged that they would continue doing their best to ensure that at the end of the season they would make government and people of Kano state proud.

With this development, “sai masu gida” moved to fifth position in the table with eleven points in six matches.

According to the spokesman of the club, Rilwanu Idris Malikawa the team would leave Kaduna to Uyo the capital city of Akwa Ibom state, Thursday morning ahead of match day seven in the on going 2020/2021 NPFL season against Akwa United fc on Saturday, January, 2021.