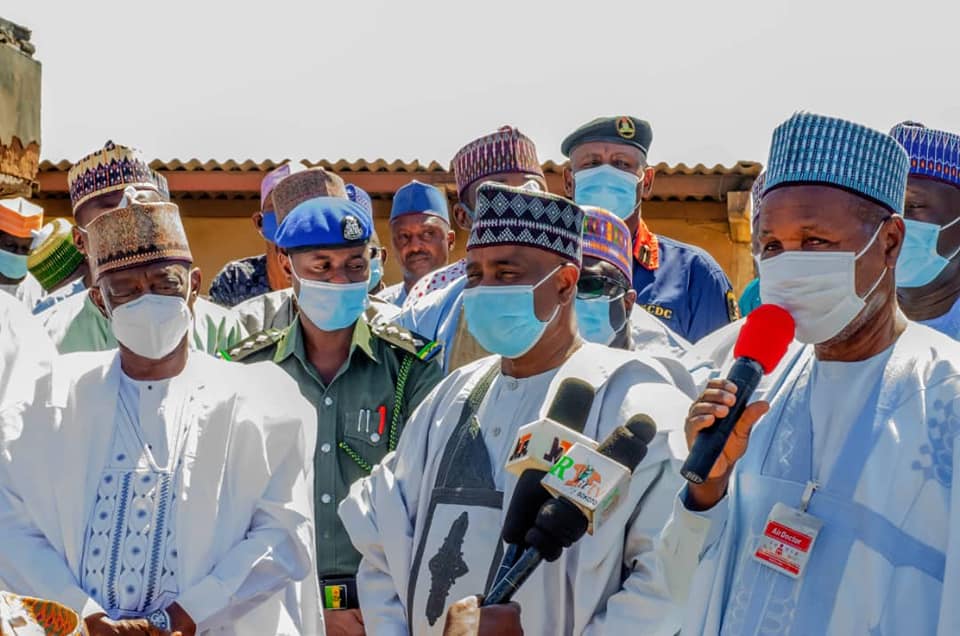 The Governor who was conducted round the burnt Market by his Sokoto counterpart Rt. Honourable Aminu Waziri Tambuwal said he was in Sokoto to commensurate with the Government and people of Sokoto state who loss their most valuable asset, which is the ancient Market of the state.

He said people of Katsina state and Sokoto are aside there geographical they are also blood related.

The Market which is second to none in West Africa has been the hub of economic activities by traders from north-western States and republic of Niger over the years.

He expressed shock with the kind of devastation he saw at the scene of the disaster, saying that indeed the people of Sokoto have suffered economically and historically.

Governor Masari prayed Allah to multiply in large quantity whatever loss incurred by the traders during the incidence with good fortunes amin.

Responding, Governor Aminu Waziri Tambuwal thanked the Governor and people of Katsina for identifying themselves with the Victims of the Sokoto Central Market fire disaster.

He said it has purely demonstrated the historical relationship that exist time immemorial between people of the two States.

Tambuwal further expressed delight with the visit, adding that people of Sokoto state held Katsina state with higher esteem because of their cultural and historical antecedents.

The Governor however prayed for the safe returned of the Governor and his entourage back to katsina.