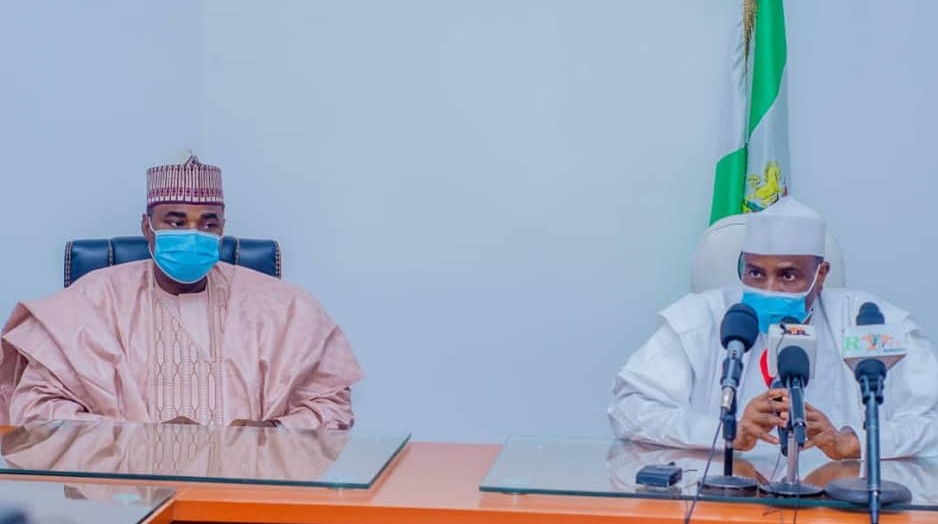 Governor Aminu Waziri Tambuwal has expressed satisfaction with the leadership style of the National Working Committee (NWC) of the Peoples Democratic Party (PDP).

Tambuwal made this known when the NWC of the party visited him at Government House to sympathize with the state over the fire disaster that affected a large portion of the Sokoto Central Market.

The Governor expressed gratitude to the NWC and the party for their goodwill on the occasion of the sad event of last week.

He also appreciated the NWC leadership style especially during the Congresses that they have been ingeniously micromanaging to avert crises.

“I know that you are doing your best to ensure that all of our state chapters and the party are stable and boldly organized for future elections” the Governor stated.

“Keep up the good work and keep us the flag bearers on our toes to do the best in accordance with our party manifesto”, Tambuwal averred.

In his remarks, the National Secretary of the PDP Senator Ibrahim Umar Tsauri while expressing shock over the fire that engulfed the central market, noted that the relationship existing between the national working committee, the Governor and people of Sokoto State is one that cannot be explained.”

“Whatever touches these entities must the NWC of the PDP Tsauri said, adding that we are very proud of the Governor of Sokoto State because without him there may be limbo stage in the NWC,” says Tsauri

He attributed the fire outbreak to the will of Allah “who has a way of testing his servants.

Pls on behalf of the PDP and NWC kindly accept our heartfelt concern on the unfortunate disaster.