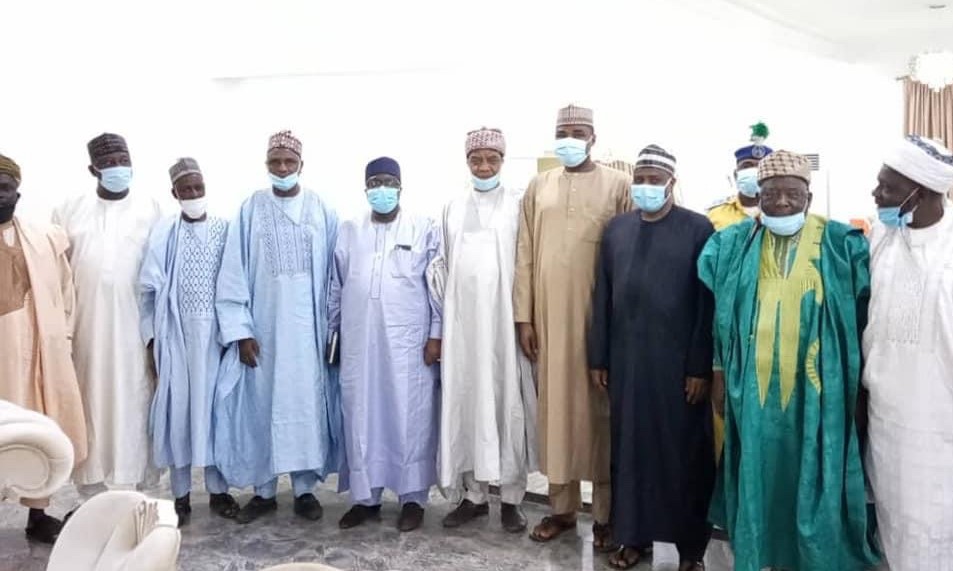 The Islamic sect also condoled Government, people of the State and the Sultanate Council over the death of the former Commissioner for Home Affairs, Hon. Abdulkadir Jelani Abubakar III.

The leader of the Sect Sheikh Muhammad Sani Yahaya Jingir and National Chairman of the JIBWIS Council of Ulama while commiserating with the government over the incident counseled it to formalize future agreements with traders to whom shops and stalls are let in order to forestall a situation where the tenants take advantage of the non-existence of such undertaking to make it difficult for the state government to take full control of the property.

The Sect stated in the letter presented to Governor Tambuwal that it received the news of the fire disaster with sadness and sorrow and however sympathize “with the State government and those whose wealth were destroyed during the incident.”

In his response, Governor Tambuwal appreciated said the state government was looking forward to reconstructing the market in due course.

He said although it is a herculean as government would have to find ways to sensitize shop owners that, the shops are Government property and would be operated as such.

He decried a situation where some of the shop owners who were tenants in the Market over the years monopolize the property; and even pass them on to their kith’s and kind as legacies.

Governor Tambuwal also emphasized that government would give more attention to enlightening the people on the significance of paying Zakkat, the Islamic way of purifying wealth and saving same from dangers, unforeseen losses and calamities.

Why Avoid Fried Foods, and How to Reduce its Negative Effect on the Body