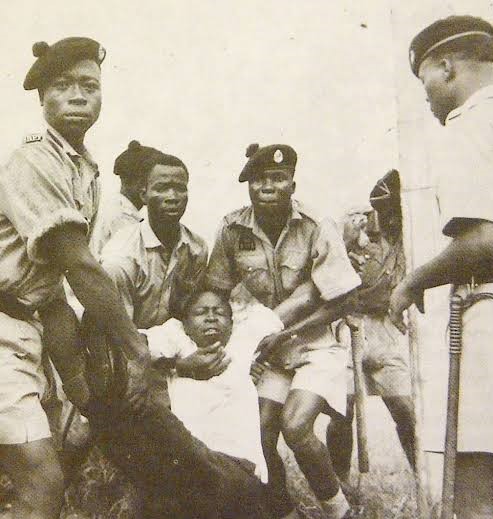 Historically, the unintended consequences of local political events in the South West have a way of spiraling out of control in Nigeria. First, it was during the First Republic when the intense political rivalry between Chiefs Awolowo and Akintola led to Operation Wetie.

Second, was when Chiefs Bola Ige and Adekunle Ajasin lost their gubernatorial seats to the mathematician, Dr. Omololu Olunloyo of Oyo and Chief Akin Omoboriowo of Ondo respectively during the twilight of the Second Republic.

Third, was the regional fallout of the cancelled June 12, 1993 presidential polls.

Now it is about the quit notices given to Fulani herdsmen by Ondo governor Akeredolu of Ondo and Local champion, Sunday Igboho of Oyo respectively.

The situation in the South West is currently escalating.

Meanwhile; “Speaking with BBC Yoruba, Igboho who had given Fulani herdsmen a week to vacate Ibarapa said if the government fails to secure the lives and property of its people, then they will rise to defend themselves.

They are saying I am not in government and that I am meddling with what does not concern me. If there is government and it is not doing what it is supposed to do, the people that voted will rise up,” Igboho said.”

The crisis in the erstwhile Western Region and the clueless FG reaction to Operation Wetie remotely culminated into the horrific events of January 15, 1966. The UPN loss of Oyo and Ondo states created the enabling environment for the Lagos-Ibadan axis to facilitate the demise of the Second Republic on December 31, 1983.

The June 12 crisis was the Achilles heel of General Sani Abacha. It remains a blight on his legacy and modest achievements while in office.

The spiral effect of the expulsion threat of Fulani herdsmen will no doubt eventually play out for President Buhari because; “In chaos theory, the butterfly effect describes a small change that can have massive, unpredictable consequences. An insect flaps its wings and, weeks later, causes a tornado.”

I do not know who the political adviser to Mr. President is. I just hope that person is a student of history. As George Santayana (1863-1952) would say; “Those who cannot remember the past are condemned to repeat it”

During Operation Wetie, my late father was the Nigerian Prisons Service official in charge of the Ilesha lock-up. He was later transferred to Agodi prison at Ibadan and eventually Ikoyi prison. He gave me an eye witness account of what politically played out in those heady days of the early 60s that I was still at my infancy. I still remember him arguing a prison sentence at Calabar was not a long-term political solution to Chief Awolowo.

Ahead of the overthrow of President Shagari, Daddy insisted something got to give if a national unity government was not established after the contentious presidential polls of 1983.

The same ominous clouds are now gathering in the South West;

“By November 1, 1965, the Operation Wetie riot at Ekiti resulted in the death of 15 people while a fresh riot, four days later, caused the loss of 20 lives. Sixteen people were killed in Ijebu-Ode and Ondo areas on November 7, 1965.

Houses and vehicles were set on fire and to travel within the Western Region and from other regions into the West was a menace because of thugs and gangsters who took law into their own hands while the Police failed to maintain law and order. There were tension and wanton destruction of human lives and properties.

Nigerians looked to the Federal Government to step in to arrest the situation in the Region, but all pleas were to no avail.”

The FG must act now!