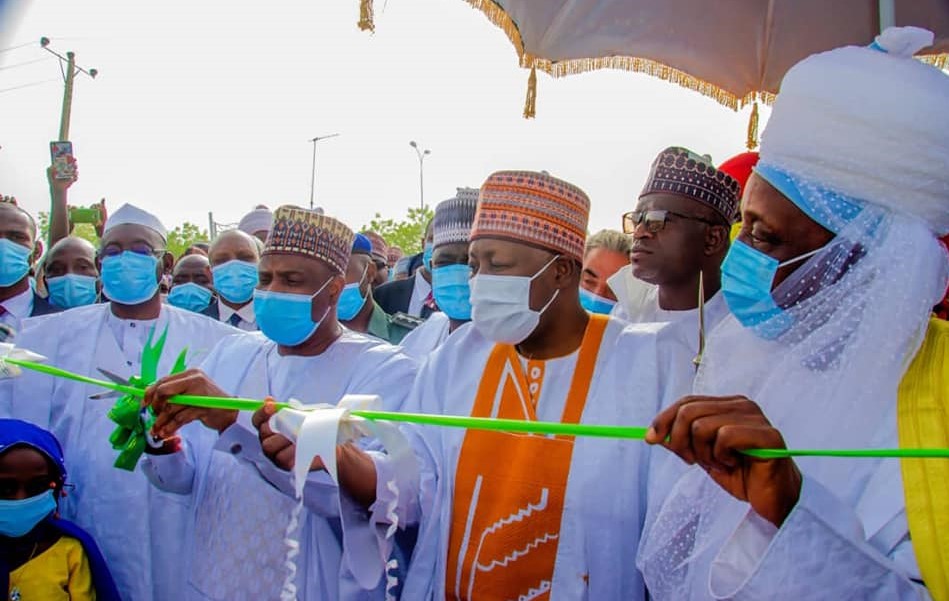 The Special Adviser, Media and Publicity to the Governor, Muhammad Bello said Tambuwal was accompanied to the occasion by the Chairman of Sokoto State Scholarship Board, Hon. Altine Shehu Kajiji, Gov. Tambuwal described his host, Gov. Muhammad Badaru Abubakar, as “prudent, transparent and accountable.”

He said the execution of the projects and so many others inherited and completed by Gov. Badaru shows that “good governance is at work here in Jigawa State.”

“I am here in Jigawa. I have seen your good works and I applaud it,” the Tambuwal said, while commissioning the road in the presence of the Emir of Dutse, Alhaji Nuhu Muhammad Sanusi and other top government officials.

according to the statement, Tambuwal described Jigawa as a peaceful state, adding that besides their political differences himself and Badaru are not only friends but brothers whose cordial relationship has come a long way.

“Gov. Badaru is my friend and Jigawa is my home,” Tambuwal said.

Earlier, Gov. Badaru, who described his visitor as a “good man”, explained that the 744 Housing Estate, Sabuwar Takur and Yalwawa roads network, were part of the N53 billion roads projects he took over from his predecessor at the inception of his administration.

Badaru said all the projects, including those in other sectors, whose cost are put at over N39 billion, have been completed within the span of six years.