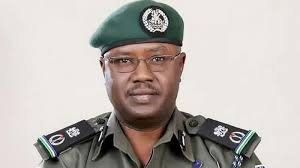 A new commissioner of police has been posted to Sokoto state police command, he is CP Ali Aji Janga.

The new CP is the 44th to Sokoto State Police Command since inception.

The commissioner takes over from CP Ibrahim S. Kaoje who proceeded on course to the National Institute of Policy and Strategic Studies (NIPPS) Kuru Jos, Plateau State.

Furthermore, while in Kaduna State as Commissioner of Police his collaboration with hunters/vigilante groups, did not only led to the recovery of arms and ammunition of different caliber but flushed out kidnappers and bandits in many locations including Maguzawa camp, Bare bari camp, Gurguzu camp and Jan Dutse camps, all located in Kachia LGA of Kaduna State

CP Ali Aji Janga attended many professional courses; seminars and he is a member of International Association of Chiefs of Police (IACP) and also a Member of the National Institute (mni)

The New commissioner of police CP Ali Aji Janga, is happily married to Dr. Hajiya Habiba Ali Janga and is blessed with children.